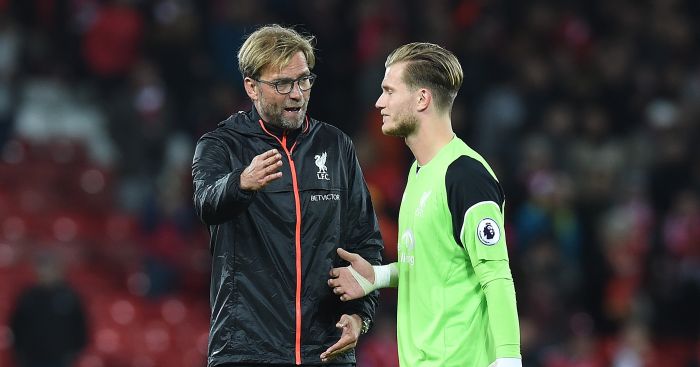 Liverpool manager Jurgen Klopp insists Loris Karius has not been “sacked” as he edges closer to a loan move with Besiktas – but the improvement without the goalkeeper this season has been noticeable.

The German is on the verge of a two-year £2.2million temporary deal with the Turkish club, who are obligated to buy him for a further £7.25million in 2020 if appearance and European qualification criteria are met.

Karius, who made two errors in May’s Champions League final defeat, has been replaced by Alisson Becker – who has kept clean sheets in his first two matches.

“It’s a normal thing in football. It happens to managers: as a manager you usually don’t need that much time between one game and another to get the sack!” said Klopp.

“It is not the sack, it is only change. That’s football, no problem with that.”

Alisson’s impact has been instantaneous and he could become only the fourth goalkeeper in the last 51 seasons after Bruce Grobbelaar, Pepe Reina and the man who will be his deputy against Brighton on Saturday – Simon Mignolet – to keep clean sheets in the first three matches of a league campaign. The Belgian has managed the feat twice.

How much of those two clean sheets has been down to Alisson and how much is as a result of the quality of opponents West Ham and Crystal Palace is open to debate.

However, the Brazil international has brought a new dimension to Liverpool’s game with his goalkeeping skills – which have not been fully tested yet – and his distribution.

“Good player, very good player and not only a goalkeeper but a player as well so that’s quite cool,” said Klopp of the man who commanded at the time a £65million world-record fee for a goalkeeper when he arrived this summer.

“He gives us a few more (offensive) opportunities so that’s cool as well, I like that.”

Not all the improvement can be laid as Alisson’s feet, however, as since their 4-1 October defeat to Tottenham last season Liverpool have the Premier League’s best defensive record.

Klopp was keen to stress that was due to the way the team is now operating.

“You (the media) tell me when we concede goals it is our defence and you talk a lot about the centre-halves or the goalkeeper being responsible – defending is always a team thing,” said the Reds boss.

“We did well not only this season, since a longer period already we defended well.

“We are an offensive-orientated team based on the best possible organisation and that means organisation is important in offensive and defensive things. It is something we are constantly working on.

“Every game we go in it is probably 60 or 70 per cent we talk about our defence and what we can do to create stability, you need to do a few offensive things.

“We improved in that step-by-step but it needs to stay like this. This season twice (we have had) a clean sheet but at the end of the season if we only have two clean sheets no one is happy about that.”