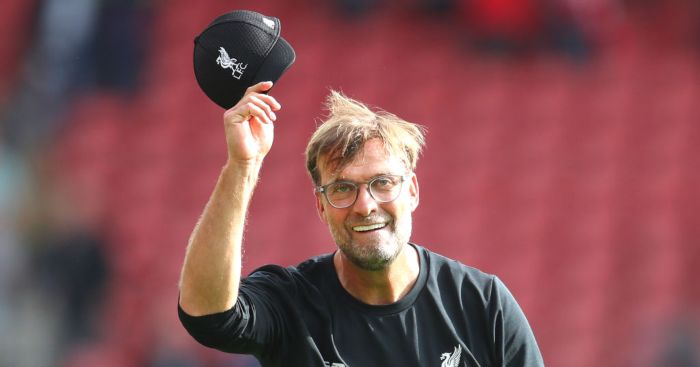 Jurgen Klopp has described Liverpool’s team spirit and encourages his players to “kick the butts of your team-mates”.

The Reds won the Champions League last season and missed out on the Premier League title by one point to Manchester City, while they have won both their matches so far this term.

And Klopp has hailed the team spirit around Liverpool that led them to a successful campaign in 2018/19.

“There are different types of team spirit, the team won the Champions League last season so it would be strange if they didn’t,” Klopp told reporters.

“It’s about being able to kick the butts of your team-mates, not just having drinks together.

“I liked what Hendo said in pre-season when he said ‘we’d be friends forever.’ Not best friends, you’ve got to be able to push each other for now.”

Dejan Lovren has been heavily linked with a move to Serie A but Klopp didn’t want to talk about the Croatian.

“A potential transfer or not, I don’t want to talk about it.”