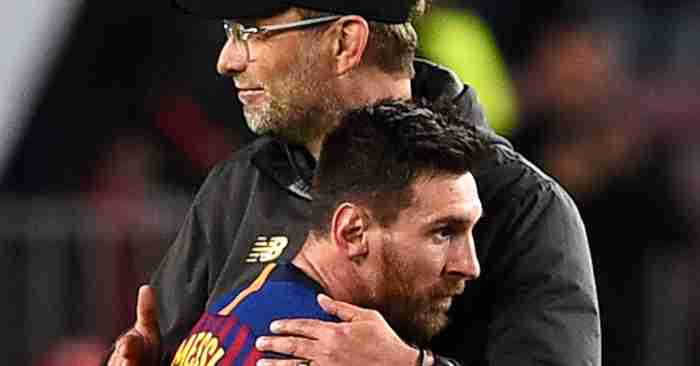 Barcelona presidential candidate Joan Laporta is reportedly ‘desperate’ to install Liverpool manager Jurgen Klopp at the Nou Camp if he is successful in the upcoming election.

The La Liga giants are set to elect a new president after the resignation of Josep Maria Bartomeu last week following months of ‘Messi’ turmoil at the club.

Laporta – the president between 2003 and 2010 – faces competition from six others to lead the Blaugrana, with Victor Font the early favourite for the position.

The 58-year-old has previously stated his intention to bring Pep Guardiola back to the club, but appears to have changed his tune.

That’s according to a report in Spanish publication Okdiario, which claims he ‘desperately wants’ Klopp to lead Barcelona.

The report says Laporta sees the German as the right man to build another dynasty at the club in the same way he has at both Borussia Dortmund and Liverpool.

Klopp’s current Liverpool contract was extended last year and runs until the summer of 2024.