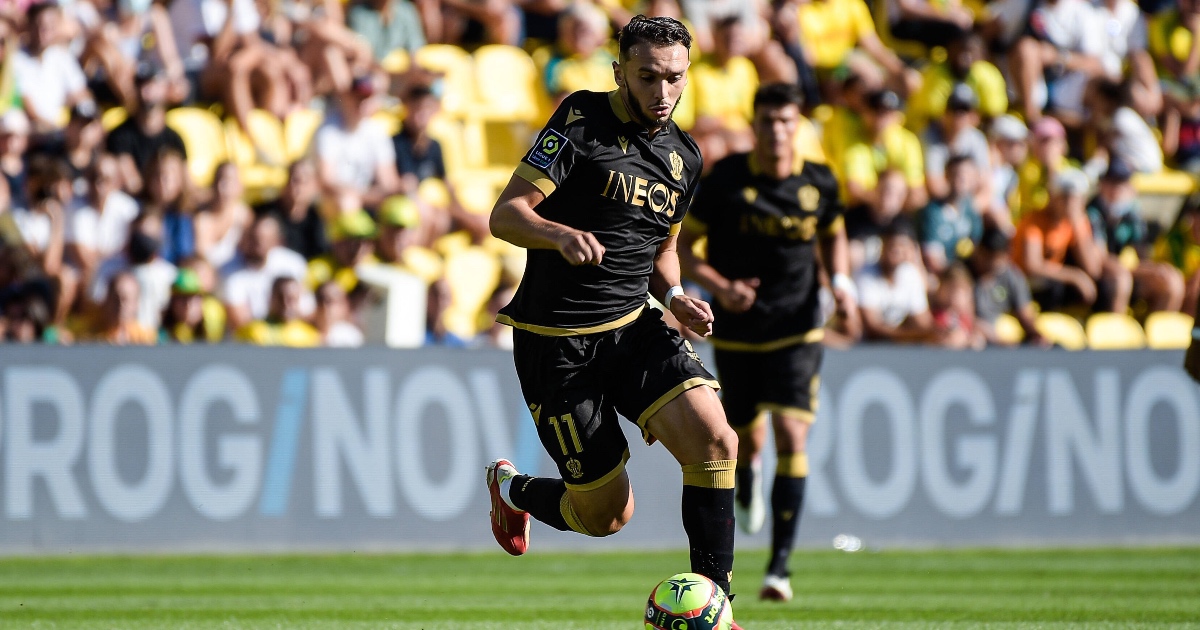 Jurgen Klopp has reportedly ‘made a direct request’ to the Liverpool board to sign Nice star Amine Gouiri.

The 21-year-old joined the Ligue 1 side from Lyon in the summer of 2020 and operates either as a left winger or centre forward.

Gouiri notched 16 goals and eight assists in all competitions last season and already has four goals and an assist in four league games this term.

READ MORE: This is England and it’s ripe for Ronaldo nostalgia

Roberto Firmino – a mainstay in Klopp’s side for a number of seasons – has managed just five goals in 25 league games this calendar year and has lost his place in the starting lineup to Diogo Jota.

Reports have claimed Liverpool would have moved for a forward this summer had they been able to ship Xhedan Shaqiri – who eventually joined Lyon for £5m – out earlier in the window and found a suitor for Divock Origi.

It means the Reds don’t have the same abundance of options as their title rivals and Fichajes (via Sport Witness) claim the club are aware that they need to find a long-term replacement for Firmino.

Sport Witness claim Gouiri has a ‘similar profile’ to the Brazilian and the Fichajes state that Klopp ‘seems very interested’ in the Frenchman.

They add that the German boss has ‘made a direct request’ to the Liverpool bosses to sign the Nice star.

The Reds brushed Leeds aside 3-0 on Sunday, a win that confirmed they are title challengers this season, according to Jamie Redknapp.

“They can win the league, make no mistake about it”, he told Sky Sports after the win at Elland Road.