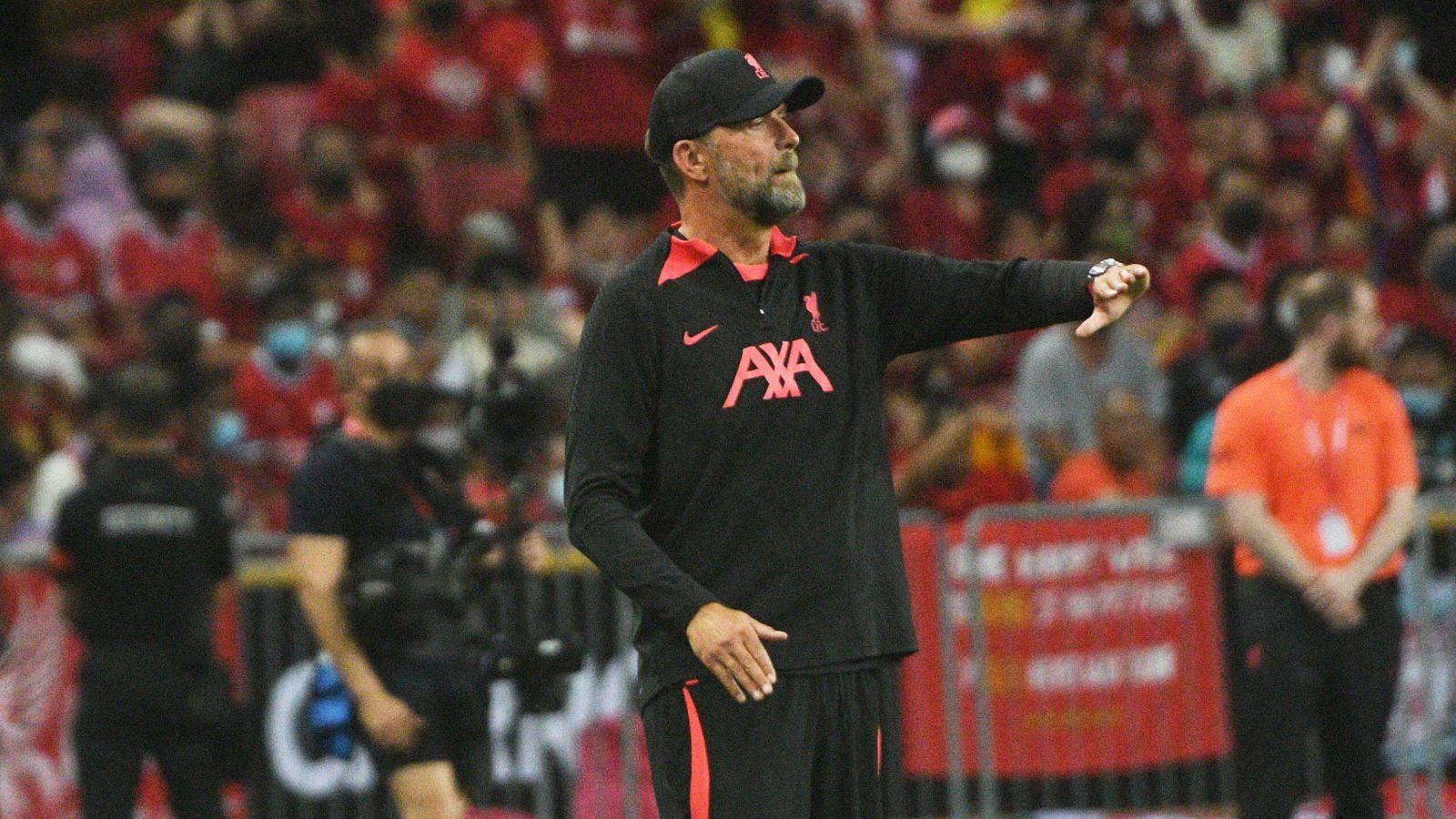 Jurgen Klopp has confirmed that Liverpool midfielder Alex Oxlade-Chamberlain suffered a muscle injury during their friendly against Crystal Palace on Friday.

Liverpool faced Palace in their second pre-season friendly on Friday. Jordan Henderson and Mo Salah scored to earn the Reds a 2-0 victory.

Oxlade-Chamberlain started the game but he was forced off injured just before the interval.

The Englishman has been impacted by muscle injuries “in the past” and Klopp is unsure how long he will be out.

This development is “very disappointing” for the Liverpool boss as Oxlade-Chamberlain had been training “really well”:

“Of course it’s very disappointing for us because Oxlade trained all the time really well since the pre-season started,” Klopp said (via Liverpool’s official website).

“It happened obviously with Ox in the past when it gets more intense and something can happen. Now this is just a muscle thing and that’s OK. We had worse situations, so I’m OK with it.

“I don’t know exactly how long it will take but he will be back and then it’s all fine. He is obviously a top-class player and he can help us.”

Alisson and Diogo Jota did not play a part against Palace. It is just short of two weeks until Liverpool face Man City in the Community Shield at Wembley on July 30.

Klopp thinks Alisson could feature in that game, but Jota will still be unavailable:

“Ali, I think, has the chance for City and Diogo not,” Klopp added.

“Ali, he feels a muscle, abdominal. It’s nothing serious but, again, we prepare a full season. So he can train but just not like before, so he should not play in the moment. Not normal goalie training but he has a pre-season, so he doesn’t lose time.

“But yeah, these kind of things happen. The boys have to travel a lot and train and you never know exactly.

“It’s only little things, nothing serious but we have to be careful because the rest of the season is much longer than the start.”