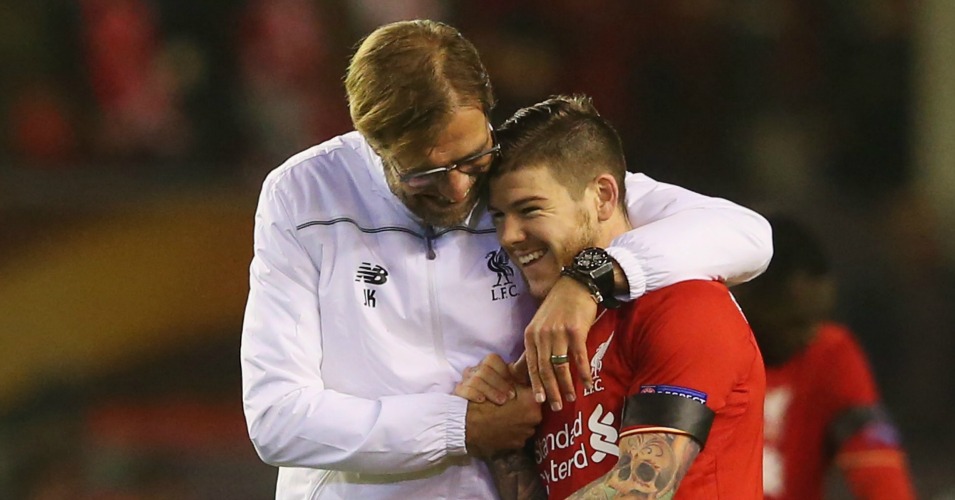 Jurgen Klopp has dismissed criticism of Alberto Moreno, and says that Liverpool are still open to signing a left-back.

The Reds have signed six players this summer for a cumulative fee of over £60million, but question marks remain over their position on the left side of defence.

Moreno has started the season at left-back, but conceded a penalty and was partially at fault for Arsenal’s opener in a 4-3 victory.

James Milner is considered as the Spaniard’s back-up, leading many to highlight this as a position of weakness at Anfield.

Klopp, however, says that he “doesn’t understand” how the 24-year-old can be so heavily criticised.

“If someone plays not too good then we talk about it in the press conference. That’s cool,” the manager said. “He was involved in a penalty situation, right? That’s something we spoke about. We’ve spoken about it.

“In my opinion, we could have avoided this situation and yes Alberto could have done better, that’s right. But I don’t understand what we are talking about.

“We are talking about Alberto Moreno because he didn’t defend so well against Arsenal? I don’t understand the conversation, maybe I should read more newspapers.

“The world is not satisfied with our left back or what?

“We have to make decisions and in this case, we say OK, the most comfortable situation is that you have three players for each positions.

“We do have a number of players in our squad who can play as a left full back but we are not blind. We know that if Alberto is injured we do not have a clear left back but we have other options.

“Milly can play and everybody can say the Barcelona game showed he can do it. Clyney played it before.

“We will only take another one if it’s the guy we want. The problem with transfers is no-one cares about players still here.”