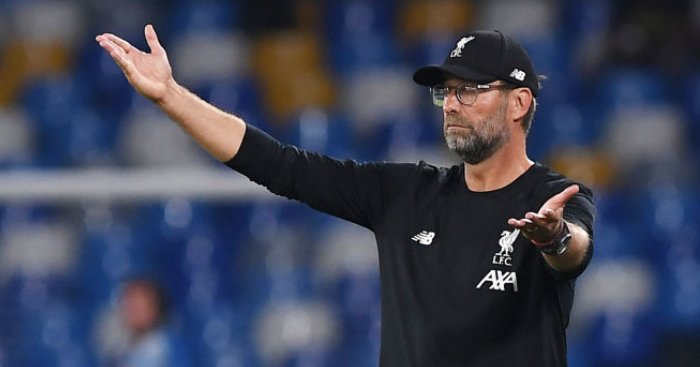 Jurgen Klopp remains upbeat despite Liverpool’s midweek Champions League loss to Napoli and the prospect of facing Chelsea away on Sunday.

The Reds lost 2-0 to Napoli on Tuesday evening in a game where Jurgen Klopp bemoaned the finishing of his team.

Liverpool are top of the Premier League with a 100 per cent winning record but have not won at Stamford Bridge since 2016.

“The teams are really good.” Klopp said of Chelsea.

“It’s not good news [their record at Chelsea] but I don’t feel it, we’ll give it a try and the longer things like this happen the sooner we will change it.

“We will go to Chelsea to get a result.

“We won against all top six in 2016 and then had all the other problems!

“It’s not written in the start for us not to win away at Chelsea.

“We are in a good moment and we should keep up with that. Performance-wise, we want to make better.”