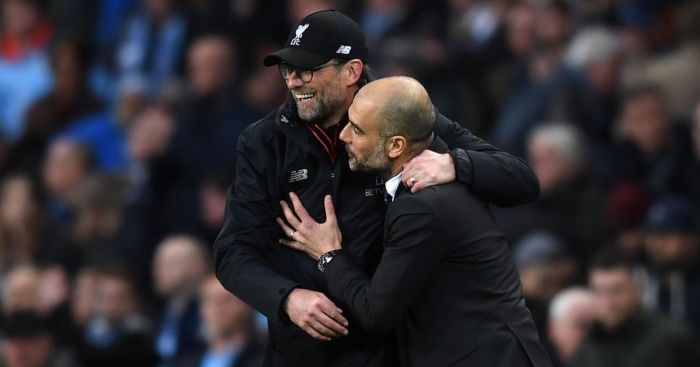 Jurgen Klopp attempted to ease the rising tension between himself and Pep Guardiola ahead of the top of the table clash between Manchester City and Liverpool at Anfield.

Both managers have traded digs in recent days with Liverpool six points clear of City in the standings.

But Klopp admitted he regretted some of the comments he’s made and instead heaped praise on his opposite number who he “couldn’t have more respect for”, reports The Liverpool Offside.

Klopp said: ”We constantly get asked questions and sometimes we say what is, in that second, in our mind without thinking about anything else, that we are in public, that there is a camera.

”I couldn’t have more respect for Pep Guardiola, that’s how it is. I’ve known him for so long, for me still it’s a big thing to be his contender.

”For me he’s the best manager in the world and we have the chance to win against his team which is very difficult but possible. That’s enough for me.”

Neither manager has the edge in their head-to-head record with both winning seven of the 16 games between them, with two draws.

”For me, it’s a 100% want-to-win game – 100% with all I have,” Klopp continued. “We want to win and we try everything to make that happen, which is difficult enough. And then after that we will see how the situation is and use that situation.

”But it’s a big one, we know that. The whole world will be watching that game. I would 100%, everybody I know will, so it’s a massive one.”