Home All The News Klopp ‘driving force’ as Liverpool look to wrap up £7.25m transfer 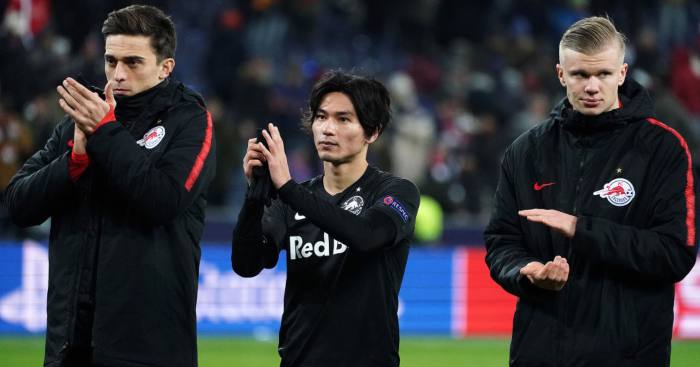 Jurgen Klopp is keen for Liverpool to sign Red Bull Salzburg’s Takumi Minamino in the January transfer window, according to reports.

Minamino has scored seven goals in 17 starts in all competitions for Salzburg, while he has provided three assists in the Champions League alone this term.

The Japan international scored the Austrian side’s second goal in their 4-3 loss at Anfield earlier in the season as they impressed in the Champions League group stage.

And The Times claims that the Reds ‘are ready to accelerate their interest’ in Minamino who has shown his versatility this season, playing at the top of a midfield diamond, out wide and as one of two strikers.

Minamino has a release clause set at £7.25m and Liverpool will look to ‘exploit’ it and are now ‘prepared to move in the January window having originally discussed a summer deal’.

The report adds that Klopp, who has a ‘fascination with the Red Bull football empire,’ is the ‘driving force’ behind Liverpool’s potential move for the 24-year-old.

Liverpool actually value Minamino much higher than his release clause at £20m and the Merseysiders are ready to ‘break from their normal strategy’ to land him.