Home All The News Klopp: ‘Everyone will go nuts’ if I talk of title 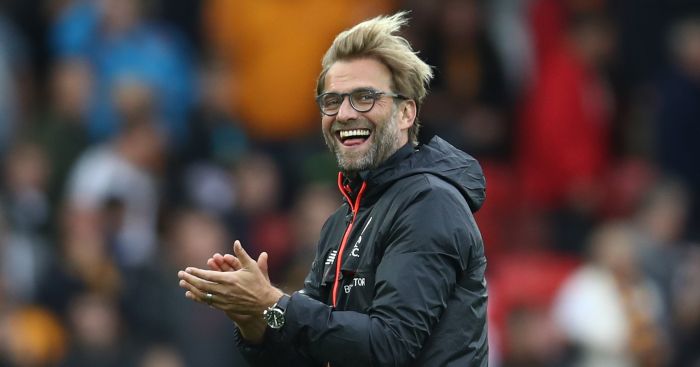 Jurgen Klopp has hinted at his desire to win the Premier League title with Liverpool – but has stopped just short of admitting it.

Klopp has been in charge of the Reds for one year, having replaced Brendan Rodgers as boss last October, and he has overseen great improvement at the club.

They have reached the finals of both the Capital One Cup and the Europa League, and look likely to challenge for a place in the Premier League top four this season.

Liverpool are currently fourth in the table, and some feel they are strong enough to challenge for the title.

While not stating it explicitly, Klopp admits that is his primary aim as manager.

He added: “I cannot say the one thing that I wish would happen but if I say it, everybody goes nuts.”