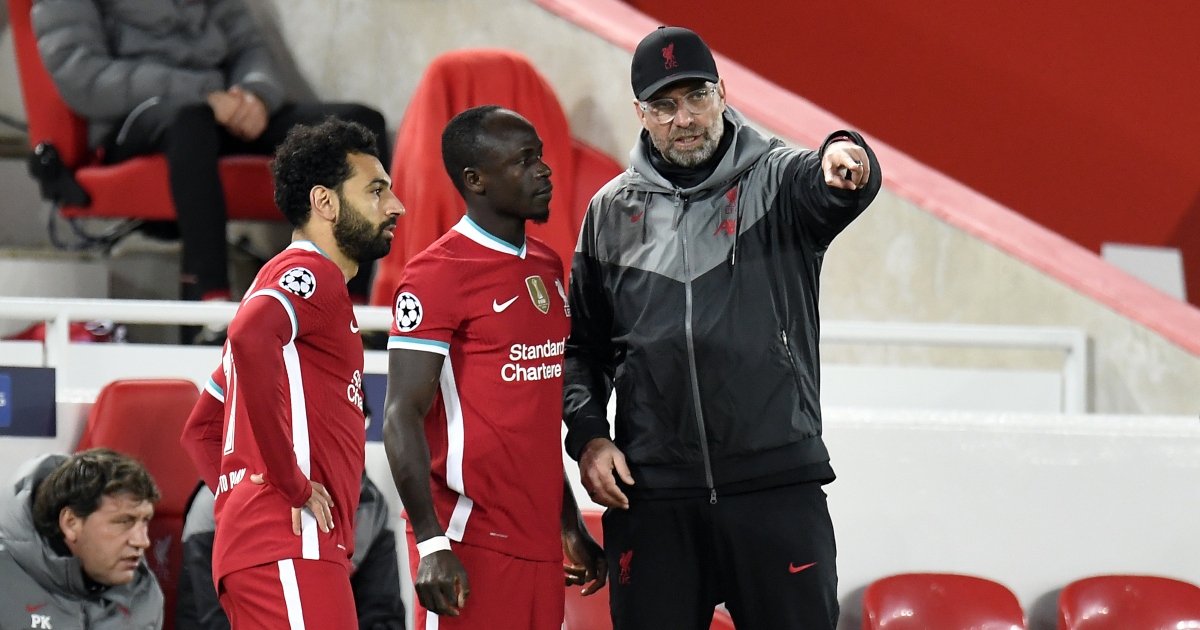 Liverpool manager Jurgen Klopp has admitted he is excited to watch two of his stars go head-to-head in the African Cup of Nations final.

Sadio Mane has been in excellent form to lead Senegal to the final where they will face Mohamed Salah’s Egypt.

The pair have been two of the standout performers in the competition, despite what Vincent Aboubakar says, and will face off on Sunday as they hope to secure the title.

Liverpool boss Klopp is looking forward to the game and is proud of their achievements so far.

“We’ve followed it pretty closely. It is a great achievement. Naby [Keita] played an exceptional tournament as well. It will be exciting on Sunday. One will be really happy after, the other much less so. They both have the chance to achieve something big,” said the German.

“All the experience the boys get in this helps us. It’s impressive to see. It’s important you get through these things. It’s difficult to get that far. The pressure on their shoulders was massive. We will watch it definitely.”

Liverpool’s next Premier League game is at home to Leicester on Thursday and Klopp has provided an update on the duo’s availability.

Proud of you both ❤️ pic.twitter.com/E2c8ZFwa9F

“I think they will be available but we will see. Tuesday or Wednesday latest the winner will be back, the other slightly earlier. I have to talk to them. They have rhythm as played quite a few games!”

Before the Leicester clash, Liverpool must first take on Cardiff City in the FA Cup, a competition that Klopp has not seen much success in since taking over at Anfield, but he is hoping that can change this season.

“It’s massive. We are not the most successful FA Cup team since I have been here! We are ambitious.”

Klopp also provided a huge injury boost with the news that Harvey Elliott will return to the matchday squad for the first time since suffering a leg-fracture in September.

“Very impressed with his rehabilitation. Harvey was the perfect client, he did pretty much everything we told him. He is in a good place, we have to see if it’s right for him to start or come on but he’ll definitely be in the squad for the Cardiff game.”

The Liverpool boss also provided an update on the fitness of Thiago, Naby Keita and Divock Origi.

“Thiago trained with us but he had a chest infection so he had to step aside. Expected to be in team training today.

“Naby is completely fine, came back full of energy and confidence.