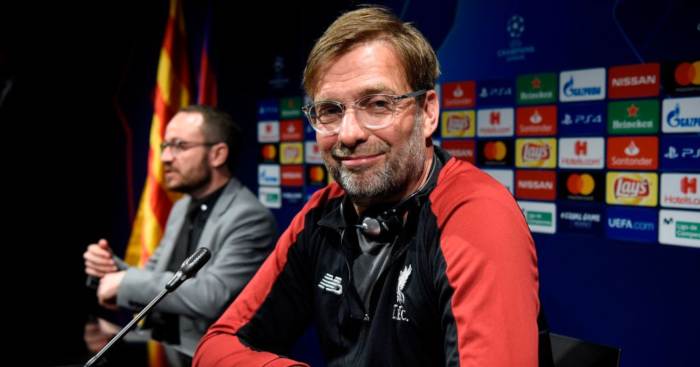 Jurgen Klopp expects to attend a “football party” on Tuesday night even if Anfield is the scene of Liverpool’s Champions League exit.

The Reds will be looking to overturn a 3-0 deficit against Barcelona – a task which is made all the more difficult by the absence of Mo Salah and Roberto Firmino.

Klopp knows the loss of two of his most lethal weapons does not help the cause.

“We are far away from giving up. Two of the world’s best strikers are not available tomorrow – it doesn’t make life any easier but while we have 11 players on the pitch we will try.

“We are not in a situation where we say it will happen 100% but it’s football.

“The character of the boys….two of the world’s best strikers are not available and we have to score four goals to go through in 90 minutes.

“As long as we have 11 players on the pitch we will try for 90 minutes to celebrate the Champions League campaign to give it a proper finish.

“That’s the plan. If we can do it, wonderful.

“If we can’t do it, let’s fail in the most beautiful way.

“It should be a football party. It’s possible it’s our last CL game of the season so let’s celebrate it with our legs and our lungs.”