Home All The News Klopp explains Liverpool substitutions in defeat 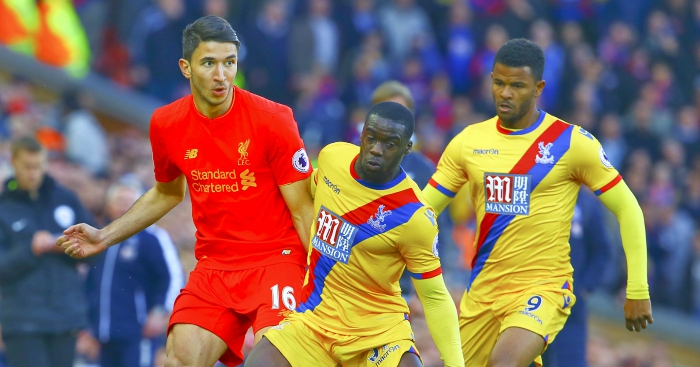 Jurgen Klopp has explained the reasoning behind his substitutions in Liverpool’s 2-1 defeat to Crystal Palace on Sunday.

Liverpool squandered a 1-0 lead to lose 2-1 to relegation-embattled Palace at Anfield, loosening their grip on a Champions League qualification place.

Philippe Coutinho opened the scoring for the Reds, but two goals from Christian Benteke crowned a famous win for Palace.

Klopp struggled to change the course of the game as the Reds battled for at least a point, with his substitutions proving ineffective.

Alberto Moreno was the oldest player on the Liverpool bench at 24, and he was brought on alongside youngster Trent Alexander-Arnold and Marko Grujic, who has missed most of this campaign through injury.

All came on within the last 11 minutes, but could not rescue a positive result.

“We had to go again, change a few things a little bit, the system,” he said. “We brought wingers Trent and Alberto into the game, Marko came on for the header threat.

“We wanted to have Roberto, Gini and Phil around the box, around for second balls.

“But everybody could see in extra time we lost a little bit with nerves, it was not clear any more, we gave them an opportunity to respond. It was not a good formation for second balls.

“We couldn’t create most of the chances in the last five minutes.”