Jurgen Klopp has revealed why Liverpool will not miss Jordan Henderson against Everton. 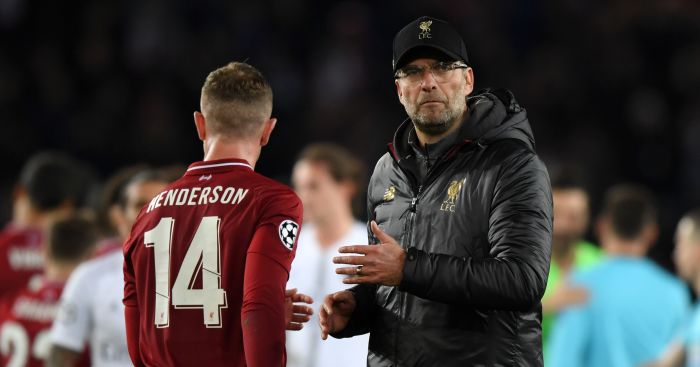 Jurgen Klopp doesn’t think Liverpool will “miss” Jordan Henderson as it was “clear” he would not be playing against Everton in the Merseyside derby.

The captain was sent off in the Reds 3-0 victory over Watford last Saturday, which means he will miss the huge clash between the rivals.

“I don’t like to talk too much about players we don’t have available,” Klopp told reporters. “We will not miss him because it was clear he was not in. As long as all the others are fit, we have solutions.

“He will be in the dressing room but he won’t be on the pitch. PSG was an intense game with a lot of knocks. It’s good for us it’s not Wed-Sat and that we have until Sunday.”

On the kick-off time, Klopp added: “It’s 4.15, a good time, nearly dark, dark already yeah? Perfect! Let’s go out and fight for each other. That’s the plan.”

On the match itself, Klopp continued: “Analyse Everton and then tell me it will be an easy game. It will be a proper fight but we expect that in the derby. That’s how derbies should be.”