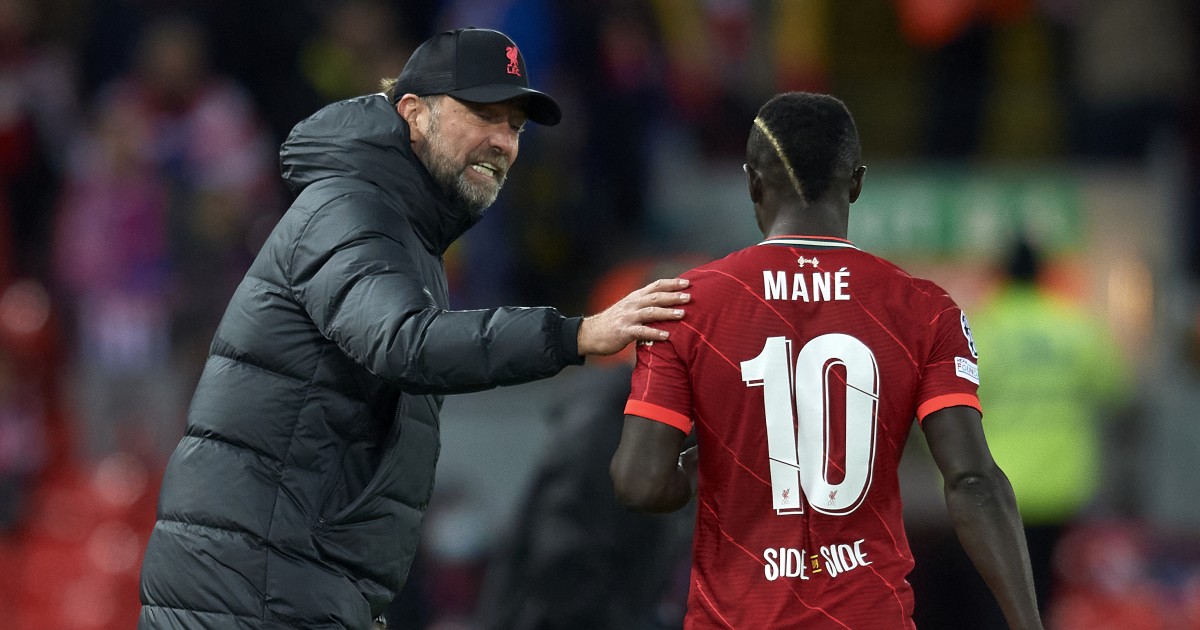 Liverpool manager Jurgen Klopp admitted his displeasure at having to substitute Sadio Mane at half-time of their Champions League win over Atletico Madrid.

Safe passage to the knockout stage was secured by Liverpool as they beat the Spanish champions 2-0 at Anfield on Tuesday evening.

Referee Danny Makkelie played a crucial role in the game, handing out a slew of yellow cards to either team and sending defender Felipe off in the first half.

Mane was also booked in the opening stages and Atletico seemed to target the Senegalese in the hope of getting him a red card.

While he resisted those attempts to the extent that he scored Liverpool’s second goal, having been integral in the build-up, Klopp felt his decision to substitute the “incredible” forward was justified.

“I hated it more than you can imagine because Sadio played an incredible game, but then what’s the decision?

“I was not worried that Sadio cannot handle his emotions, he was calm. The thing is, the ball comes in the air, you go in for a heading challenge and the other player is going down. We all saw what some Madrid players did, rolling over more and more in all the situations to equal the number of players again.

“I didn’t like it, but I think it was the right thing to do.”

Making a more general point about Atletico’s usual gamesmanship, Klopp added: “We have no chance at that level.

“I don’t think it’s good or bad. Everybody is different and you have to use your own skillset.

“We have to play our football and that’s what we did.”

Klopp also took Mane off at half-time of Liverpool’s meeting with Atletico in February 2020, when Diego Simeone’s side emerged 1-0 winners at the Wanda Metropolitano.

Mane was booked in the 40th minute of the first leg of their last-16 tie, with Klopp explaining that he felt Atletico would try to get him sent off.

“The plan tonight was to get Sadio out of the game with a second yellow card,” he said at the time. “I was afraid that Sadio’s opponent would go down if he took a deep breath on him or something.

“I don’t want to have this situation and that is why I took him off.”