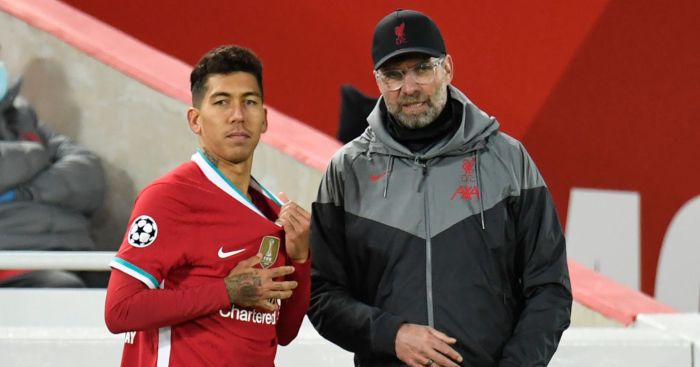 The five-substitute rule could still be introduced in the Premier League this season.

The English top flight is the only major league in Europe which does not allow teams to make five changes in a match in the current campaign, with the Champions League also permitting five substitutes.

The proposal has twice failed to secure the 14-club majority needed to be adopted for the 2020-21 season, after clubs did vote to use it during the final two months of the delayed 2019-20 campaign.

However, it is understood the proposal could be brought back at any time.

Manchester City manager Pep Guardiola has spoken in favour of continuing with five substitutes since the summer, and interestingly West Ham boss David Moyes, who was initially against it, says he is now a convert.

He told BBC Sport last week: “I recommended that we would vote for three substitutes but I have looked at it again due to the player welfare issue.

“I really didn’t expect so many injuries. No parties have been willing to give anything up in terms of competitions or matches.”

“In my understanding it is a lack of leadership,” the German said.

“You go in a meeting and Richard Masters said you want three subs or five subs. It is not an advantage, it is a necessity. In all other countries it happens.

“Richard Masters sold it completely wrong. It is the only big league where you have only three subs. Trent will be out for England. What he has we don’t know. It will not be the only one Gareth (Southgate) has lost.”

The general secretary of world players’ union FIFPRO Jonas Baer-Hoffmann could not understand why the Premier League had voted against it when he spoke to the PA news agency before the start of the new season.

“It’s the right thing to do, it doesn’t harm football one bit in terms of the sporting sense,” he said.

“We understand that some clubs are raising concerns about competitive balance but to be honest that problem is so much bigger than a couple of extra substitutions. If that needs a conversation, it needs to begin in different places.

“The Premier League is arguably the most competitive league across Europe in terms of the depth of teams performing. It should be one of the least concerned leagues in my opinion when it comes to that (issue), compared to many others who have accepted the rule.”

The Norwegian was angry that his side had to play in a 12.30pm kick-off against Everton on Saturday, after playing in the Champions League in Turkey the previous Wednesday.

Klopp also criticised Tottenham being asked to kick off at noon on Sunday after a Europa League trip to Bulgaria on Thursday.

Safeguards are in place to ensure teams are afforded a full two-day gap between European and domestic fixtures – for instance teams playing in the Europa League on a Thursday will not be asked to play on a Saturday, and a team would not be scheduled for a Sunday match in the Premier League if they were in Champions League action the following Tuesday.

But beyond that, there is nothing to stop broadcasters selecting a team in Champions League action on Wednesday to play a Premier League game on a Saturday, for instance.

Liverpool must travel to Brighton for a 12.30pm kick-off on Saturday, November 28 after a Champions League match against Atalanta the previous Wednesday, but the European match is at least at home.