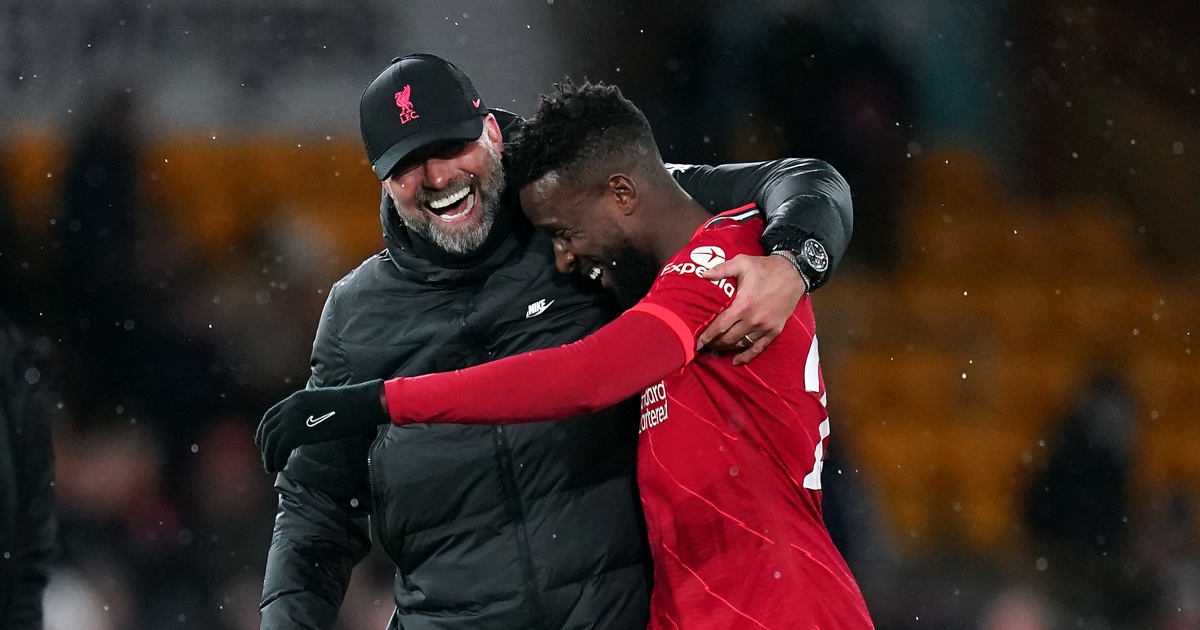 Liverpool manager Jurgen Klopp has praised his side after their late win against Wolves on Saturday afternoon but questioned his opposition’s approach.

Liverpool struggled to fins the breakthrough as Trent Alexander-Arnold, Diogo Jota, Thiago and Sadio Mane all went close but managed to secure the win in added time as Divock Origi fired home.

The win sends Liverpool top of the Premier League table after Chelsea’s defeat at West Ham earlier in the day. Manchester City will have the chance to overtake the Reds and the Blues at Watford on Saturday evening.

Messi may be no fan but everyone else loves Andy Robertson

Liverpool boss Klopp was delighted that his side were able to grab the win but questioned Wolves’ approach to the game.

Bruno Lage’s side played mainly on the counter-attack rather than the free-flowing football they have played at times this season, something that surprised Klopp.

Speaking after the game, the German manager expressed his happiness: “Absolutely great. A very difficult game, we had to fight against an opponent that changed their approach. They normally are a footballing side, we didn’t see much of that today.

“They defended deep with a lot of players and go for counter attacks and it’s really difficult as there’s no-one as quick as [Adama] Traore.

“It was a massive challenge for our concentration as we missed massive chances with Diogo [Jota] but you have to stay in the game, which is what we did. We brought on [Alex] Oxlade-[Chamberlain] and Divock [Origi] on and in the end it worked out and I’m really happy with that.

“The football game was really good in tricky circumstances. We played a lot of good stuff, it wasn’t easy and when the game is 0-0 you feel the pressure when you want this result so badly. The fact that we got it makes it really good.

“I heard this [the weather] happens in Stoke, but it was in Wolverhampton and we came through and it was all good.”

Wolves boss Lage admitted he was disappointed his side couldn’t hold on, but couldn’t ask for any more from his players.

“We created a lot of problems and the three guys up front did fantastic work. We lose one ball and after five seconds they score a goal.

“It has happened twice for us [in the 1-1 draw] against Leeds and now today. We’re disappointed but this is football, we need to move on and recover, then it’s Manchester City. I think we were in the game but we missed two or three situations.”