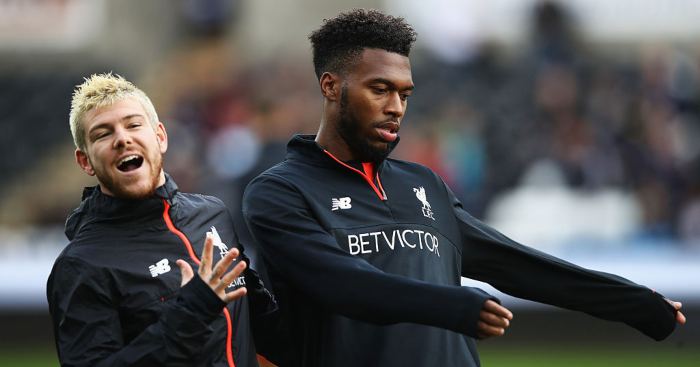 Liverpool confirmed on Tuesday afternoon both Sturridge and defender Alberto Moreno would leave the Champions League winners when their contracts expire this summer.

Sturridge, 29, moved to Merseyside from Chelsea during January 2013 and went on to score 67 times in 160 appearances for the Reds.

Klopp described both men as “remarkable players”, adding in a statement on the Liverpool website that everyone at the club should say “thank you” for their efforts.

“They were here when I arrived as manager and during that period they – as much as anyone – helped to establish us as a team that would be heading in the right direction. Without them we wouldn’t be the team and club we are in this moment,” said the German coach, whose side beat Tottenham in Madrid on Saturday when both players were unused substitutes.

Sturridge’s last appearance for Liverpool came as a late substitute during the 4-0 Champions League semi-final second-leg win over Barcelona, which saw the Reds complete a remarkable turnaround.

While the next destination of the England international remains to be seen, Klopp is in no doubt of Sturridge’s qualities.

Despite limited game time, the striker scored four goals this season – including a brilliant effort in the 89th minute not long after coming on against Chelsea during September 2018 to help maintain Liverpool’s then unbeaten Premier League record.

Klopp said: “Daniel has earned the right to be considered a modern-day Liverpool great, I would think.

“He came to the club while we were trying to rebuild and re-establish ourselves. Some of the goals he has scored for Liverpool were so, so, so important.

“He is one of the best finishers I have ever seen in my life. He scores goals you think could and should not be possible.”

Klopp also paid tribute to Sturridge’s influence off the pitch. The Liverpool boss said: “What maybe is missed on the outside of the club by many is what a great leader Daniel is in our dressing room.

“He is smart, confident and not afraid to speak up when he thinks there is something that needs adapting to help the team.

“He has been great with many of the younger players also, so he has been so important to our progression here.”

The Reds boss described Moreno as “an unbelievable character” and “world class”, adding the Spaniard “kept the entire group on their toes” with his approach to training.

Klopp added: “I wish both players nothing but success and joy wherever their journey takes them next.

“Whoever has them next will be so lucky to have these outstanding personalities in their ranks.

“We will miss them of course, but we can say farewell with the best words possible: Guys, you leave as European champions.”