Home Liverpool Klopp hails full-backs as ‘so important’ to Liverpool 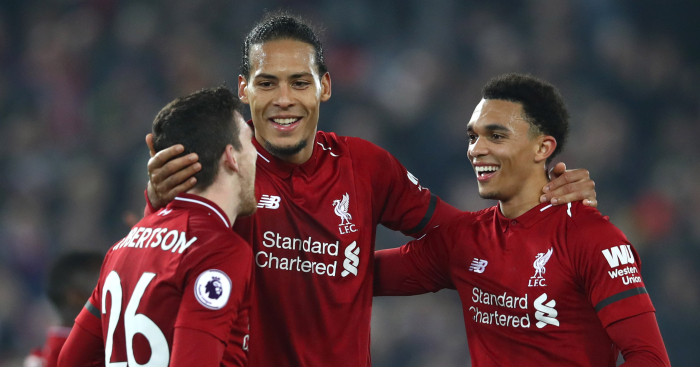 Both the left and right-back were in sensational form in midweek against Watford.

Alexander-Arnold assisted three goals and Robertson laid on two as the Reds cruised to a 5-1 victory.

The former is expected to be one of the most important players in the title run-in after a mixed start to the season, while Robertson has been the Premier League’s standout left-back for the past two seasons.

Mo Salah and Sadio Mane might earn the plaudits with their goals, but Liverpool’s manager was eager to recognise both Joel Matip and his pair of full-backs.

“It is so important,” Klopp said of the contribution of his full-backs.

“Not many young boys want to say they want to be a full-back but they are now much more important.

“The game has changed now and you have to be really strong defensively but now teams clear the wings for the full-backs you have to have the football quality to put crosses in at the other end too.

“I don’t think I’ve ever been part of a game where someone got a hat-trick of assists.

Klopp reveals that he gave Trent Alexander-Arnold the matchball v Watford for his hat-trick of assists. #LFC