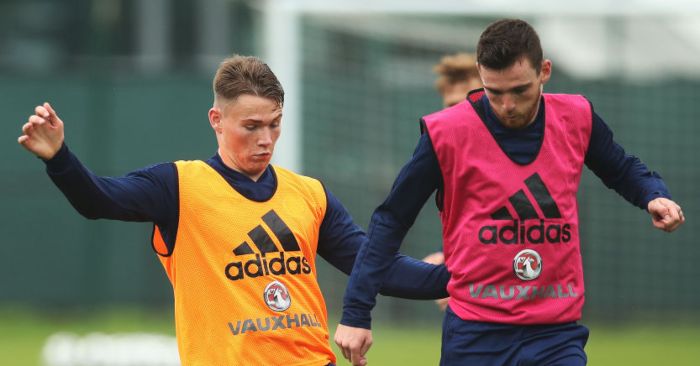 Jurgen Klopp says the “expectations are too high” when it comes to Liverpool left-back Andy Robertson and Scotland.

Robertson has come in for criticism from some quarters for Scotland’s recent poor performances and results.

Defeats to Russia and Belgium during the recent international break leave Steve Clarke’s side unlikely to qualify for Euro 2020 through the group stages, with the play-offs their only other route.

Their only victories in qualifying have come against San Marino and at home to Cyprus, a game in which new captain Robertson actually scored.

But 12 months on from taking the armband, Robertson’s club manager has issued a defence.

“I see people say ‘Andrew doesn’t do for us what he does for Liverpool,'” he told the Sunday Mail.

“I can promise you if he has a big heart for us – and I know that he does – then his heart playing for Scotland is three times bigger.

“It’s not really my job to tell the Scottish public how to deal with a world-class player but a lot of countries have that problem.

“If it was an issue with the character of the player we would have to talk but it’s not. So Scotland, the media, the people, they have to calm down a bit.

“I heard everyone expected to beat Russia and the first question in my mind was ‘Why?’They have five million more football players than Scotland!

“And Belgium? Well, 95 per cent of the world will lose to them.

“Scotland isn’t blessed enough to have 20 players from Aberdeen, Glasgow and Edinburgh who are all world-class talents.

“But they have always had a big heart, proper fight, a good defence and could score a goal. At Liverpool we have to create a situation where our team can perform and Scotland have got to do the same.

“Expectations are too high. It’s not because of Robbo you don’t win.

“As a left-back, you can’t win a game alone. It’s just not possible.

“He doesn’t have to though because you have other good guys – John McGinn, what a super player he is, Robert Snodgrass, a wonderful player, Scott McTominay has great potential. So let them play and let the manager have time to create a style of play, a Scottish style.

“But don’t put the manager under pressure to deliver something so immediately that he can’t live up to it.

“They have to be allowed to grow. Scotland have waited 20 years since they were at a World Cup but you cannot force it.

“I was exactly the same when I arrived here, everyone told me, ‘You have to win silverware.’ If people had lost faith in us then, we had no chance, but they stayed on our side and gave us the opportunity to grow.”