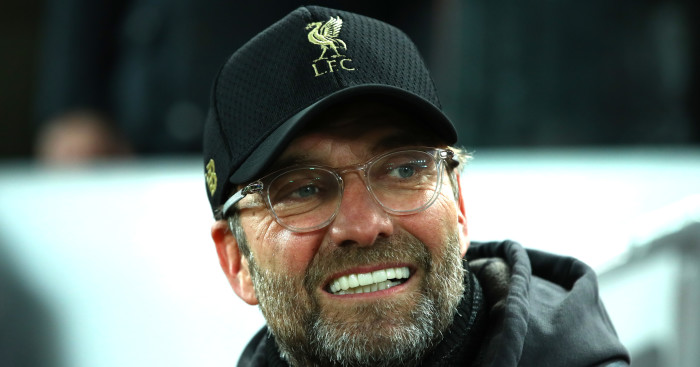 Liverpool manager Jurgen Klopp couldn’t hide his excitement after Liverpool secured their place in the Last 16 of the Champions League with a 1-0 win over Napoli.

Mohamed Salah scored the crucial goal for the Reds, which ensured they finished second in the group ahead of Carlo Ancelotti’s side with a superior goals scored record.

Klopp told BT Sport: “Wow, what a game. I am not sure a manager could be prouder of a team than I am.

“The only good thing about the first game at Napoli was that we were our ugly brothers and it wasn’t us at all. Today, we had an opportunity to show more than we did in Italy and the boys played an outstanding game.

“The way we pressed them meant they had to change their game and they had no real key for us.”

Liverpool dominated throughout, but still had to rely on a close range Alisson save in stoppage time as their Italian visitors looked to ruin the party and send themselves through.

Klopp highlighted the importance of the stop: “Mo Salah scored an unbelievable goal and I have no idea how Alisson made a save like this, it was amazing.

“We could have scored more, but the last chance Sadio Mane had made no difference in the standings. It was wild and there were lots of counter attacks but we were ready for that. That is Anfield live and in colour.

“UEFA probably thought they could continue the competition without Liverpool, but not yet. I said if we went out, it wouldn’t have been tonight, it would have been in Napoli when we deserved to lose, but tonight we deserved to win.”