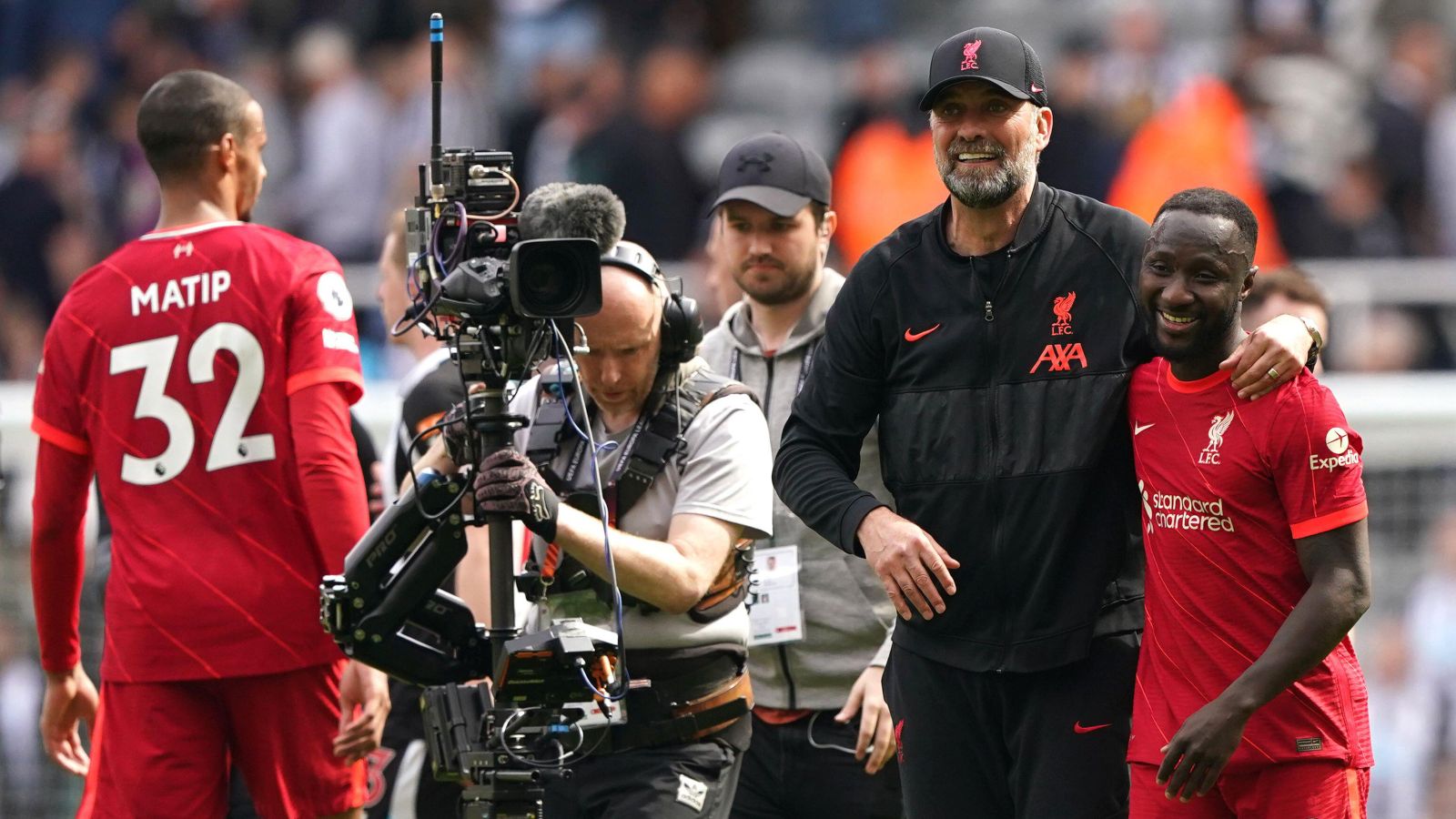 The Magpies had won six matches on the bounce at St James’ Park before the Reds – who should’ve probably won by more – came to town.

An assured first-half finish from Keita was enough to seal all three points for Liverpool and push them above Premier League title rivals Manchester City before their match against Leeds this evening.

And Klopp, who was speaking after the match, reserved special praise for five of his Liverpool players, he said: “Joe Gomez, what a game. Naby Keita, what a game. James Milner, what a game. Diogo Jota – wow. What a game.

“Then you see Andy Robertson in the 93rd minute, making the run.”

Klopp: “Then you see Andy Robertson in the 93rd minute, making the run.”

On the challenge of facing in-form Newcastle, Klopp added: “It’s the most difficult of circumstances. A team in form, a crowd waiting for ages for proper success. Coming here with five changes and building pretty much a new setup is really difficult, so the performance was absolutely outstanding. I loved it. We controlled the game in so many ways.

“The only plan they had was the long ball to our right side. The impact we have from the bench is outstanding. Joe Gomez, what a game. Naby Keita, what a game. James Milner, what a game. Diogo Jota – my god, what a game. Then you see Andy Robertson in the 93rd minute, making the run.

“You can’t really defend them properly because it’s always these long balls. It’s really difficult to get a feeling for the game, but it’s obviously not the first time these things happen. We had to put Joel [Matip] wide and Joe [Gomez] on the side. We had to put Naby [Keita] in front of the challenges.

“Our people were outstanding and Newcastle are obviously a really passionate crowd. Winning here is special.”

On climbing above Manchester City, the Liverpool boss continued: “Oh god. I didn’t think a second until now about Manchester City. I’m thinking immediately now about Villarreal [in the Champions League].”