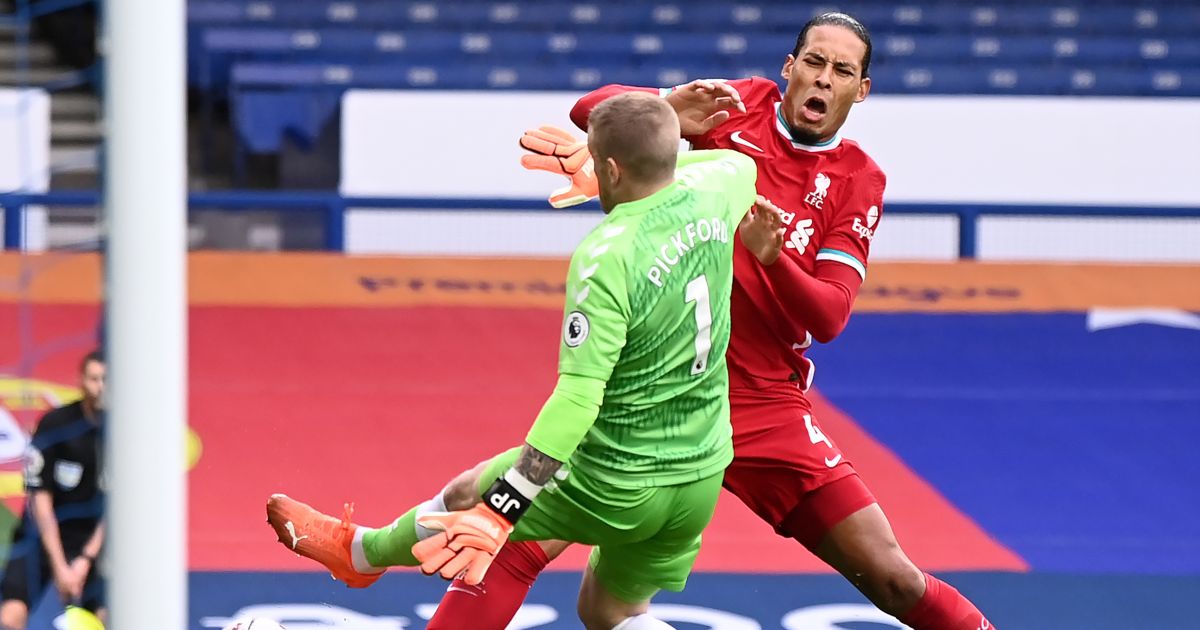 Jurgen Klopp thinks Liverpool defender Virgil van Dijk was very “unlucky” to be injured the way he was in last season’s Merseyside derby at Goodison Park.

Van Dijk missed the rest of last season for the Reds after sustaining a knee injury during last October’s Merseyside derby draw, with the centre-half undergoing surgery soon after.

Klopp was furious with the tackle that injured Van Dijk, referencing “a very strange decision by one person” – Everton goalkeeper Jordan Pickford – the November after it happened.

The Netherlands international returned in time for the new season and has played all of Liverpool’s 13 Premier League matches this campaign.

And Klopp told a press conference today that Van Dijk has “come back brilliant” ahead of their clash against Everton at Goodison Park on Wednesday.

Klopp said: “The situation [of Van Dijk’s injury] was unlucky, I haven’t seen it happen in another game since.

“Virg is very experienced. He just has to be completely free of all things in his mind because of one issue in the past.

“He’s come back brilliant. People are quick if things are not exactly like they were. Those judgements make no sense.

“He’s had time. Three games in a week, he looked fine but we gave him a break. Not sure that’s needed now for next games but we think about it from time to time.”

Sadio, Naby and @takumina0116 are served a dish from each players’ home region 🙌 Which dish will they vote as their favourite? 🤔@NH_Sports_jp presents 𝑻𝒉𝒆 𝑱𝒐𝒚 𝒐𝒇 𝑬𝒂𝒕𝒊𝒏𝒈 🍲 pic.twitter.com/bu8z3pKCom

On injuries, Klopp added: “Everybody came through well from Saturday, but the boys (who were out) are getting closer. Joe [Gomez] is not too far from team training, and Naby [Keita]. Bobby [Firmino] needs another week to do more football stuff.”

Everton have been going through a terrible run of form that has seen them win one match in their last ten in all competitions.

Rafa Benitez is coming under increasing pressure following their defeat to Brentford at the weekend with the Toffees 14th in the Premier League table.

On the situation at Everton, Klopp continued: “We have three points at stake. We just try to win it, nothing to do with their ‘special situation’ over their coach or whatever. I watched the Brentford game but switched off after final whistle, have no idea how [the reaction from fans] was there.”