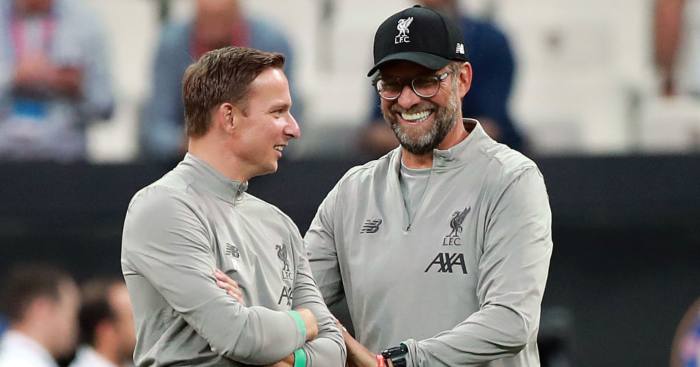 Besiktas Park will witness the first all-English clash in the competition’s history on Wednesday, when the Reds will attempt to secure more continental glory in this Turkish metropolis.

Istanbul will always have a special place in the hearts of Liverpool supporters after the Champions League final in 2005, when Rafael Benitez’s side came from three goals down to secure a 3-3 draw with AC Milan before winning on penalties.

“I know about the special importance of Istanbul and what a special place it is for every Liverpool supporter,” Klopp said on the eve of the game.

“It was 2005 in Istanbul and no one will ever forget that, which is good.

“But we are different people. Unfortunately, we are not the same, we are now in the team 2019-20 and that is a pretty good one as well.

“Istanbul is always a good place for football. I played here once with (Borussia) Dortmund against Galatasaray, and the atmosphere was brilliant until we calmed it down with the result.

“If I am right there is a big community of Liverpool supporters in Istanbul and Turkey as well, so that will make it special for us and it is everything it should be – apart from the flight which was three-and-a-half hours.

“Both teams are here now, we are both fresh, we both want to play and I hope we can make this a special place for ourselves.”