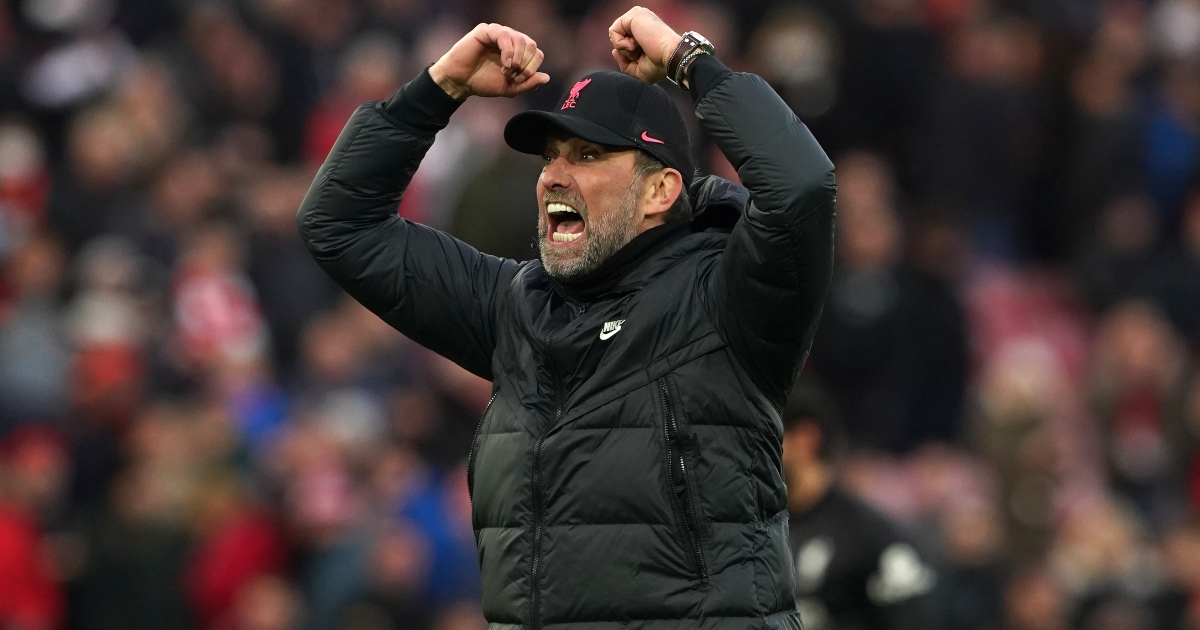 Liverpool manager Jurgen Klopp insists his side had to be ‘patient’ as they beat Brentford 3-0 at Anfield on Sunday.

Fabinho, Alex Oxlade-Chamberlain and Takumi Minamino were on the scoresheet for the Reds against Thomas Frank’s men.

Klopp was happy with the overall performance but said an injury to Oxlade-Chamberlain put a “shadow” over the win.

“It’s extremely uncomfortable to play against Brentford to be honest,” the German said. “They usually play differently but the way they play against us is really difficult.

“There were so many moments where the ball was in the air and the moment it was on the ground we had to start playing football. It was not always fluent but that’s how it is very often – the set-pieces can be the opener. That was the case today. We could have scored maybe before, but then the next two goals were outstanding.

“Unfortunately Alex Oxlade-Chamberlain rolled his ankle. I hope it’s not serious but that was a shadow on the game.

“The set-pieces were really good today. You need patience. You cannot lose focus or get sloppy. You have to stay full of desire even when you don’t find direction. We had to switch sides, play it quick and all these kinds of things. We really controlled it in the second half. That’s good.

“They changed [when Liverpool went 1-0 up] and took more risks. They had more players between the lines. We had two situations where we struggled a little bit with it. That’s how it is. You have to adapt. That’s what happens. We adapted to that really well and from that moment, controlled it.

“Everyone is invited to score goals obviously always but the boys did really well. They worked extremely hard, that’s what you have to do. You have to go for it and the boys did that.”

On talk about missing Mohamed Salah and Sadio Mane, Klopp added: “It’s completely normal. We knew it would happen when the boys went away. It’s really helpful the result today to calm these discussions down a little bit.

“You’re right, I understand the thoughts behind it but they are not here so we don’t talk about the boys who are not in. We find ways to break the opponents down.

“We wish the boys in Africa the best of luck. We were celebrating when Mo scored last night and Sadio the other day. We wish all of them to win the tournament which unfortunately is impossible.”

On his 350th game as Liverpool boss: “I’m happy. When I arrived in 2015, the picture looked completely different. It has been intense times since then. Each little thing you do is really worth it because of the size, and the emotion of this club. It is like a family. We want to stay like this. You are not always lucky. I am lucky. We are far away from finishing the book so we will keep writing and see where we end up.”