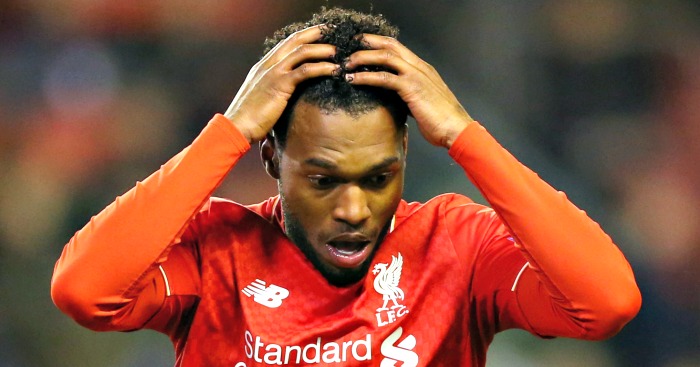 Jurgen Klopp has no doubts about the quality of Daniel Sturridge, but says he has to make decisions that are to the benefit of Liverpool.

The German left Sturridge out of the starting-line up for Thursday night’s Europa League quarter-final against Borussia Dortmund, opting to go with Divock Origi instead.

Origi responded to the trust shown in him with the opening goal, with England international Sturridge later coming on as a substitute in the game which ended in a 1-1 draw.

In the aftermath, questions have been asked as to whether Sturridge – who assumed the mantel of Liverpool’s leading striker in the wake of Luis Suarez’s departure – is Klopp’s number-one target man.

But the 48-year-old says it is not a matter of having a preferred striker.

“I am not interested in the things you [the media] think,” he said ahead of Sunday’s game with Stoke. “I make decisions that are not made on who, was, when. How could I? I have no doubt as to the quality of Daniel Sturridge.

“Daniel is doing really well and had no problem when he saw he would not start [against Dortmund]. He came in and did his job. We have to leave him to work, and when is on the pitch, give all he has.

“This is nothing about what somebody thought when Suarez left the club, it’s a long time since then. We have a lot of strikers at the club, they all need confidence and faith.”

Twenty-year-old Origi has scored six goals in his first season in a Liverpool shirt, including a hat-trick when he teamed up with Sturridge in a 6-1 win at Southampton in December.

And, as such, rather than picking between the two, Klopp thinks they can play together.

“I don’t think there is a challenge between them, they have to be in the best shape and it’s very likely they can play together. Divock and Dan played together at Southampton, it was not bad.

“You need more than one striker and, if all are fit, which is not the case most of the time, you have to make decisions. We have to think what’s best for the team and the more players we have available, the better it is.”