Home All The News Klopp hits back at Guardiola comments: ‘Sadio is not a diver!’ 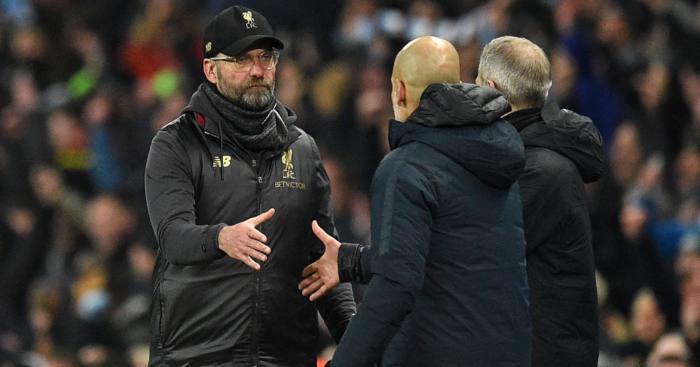 Guardiola was speaking after a dramatic day for the leading duo, who both scored late goals as they came from behind to win – City beating Southampton 2-1 at home and Liverpool winning 2-1 away to Aston Villa.

Mane scored Liverpool’s winner in the fourth minute of stoppage time at Villa Park, but had seen yellow for simulation in the first half of the game.

Guardiola told Sky Sports: “Sometimes [Mane] is diving, sometimes he has this talent to score incredible goals in the last minute. He’s a talent.”

The comments have been interpreted as an early attempt at mind games from Guardiola ahead of their clash with Liverpool on Sunday and Klopp responded in his press conference on Monday by defending Mane.

“Don’t know how he could have known about the incident so soon after the game. Sadio is not a diver! Contact at Villa, no penalty but was contact. Not like he jumped over.

“I am absolutely not in the mood to talk about Man City. Genk or us, whatever but not Man City.”