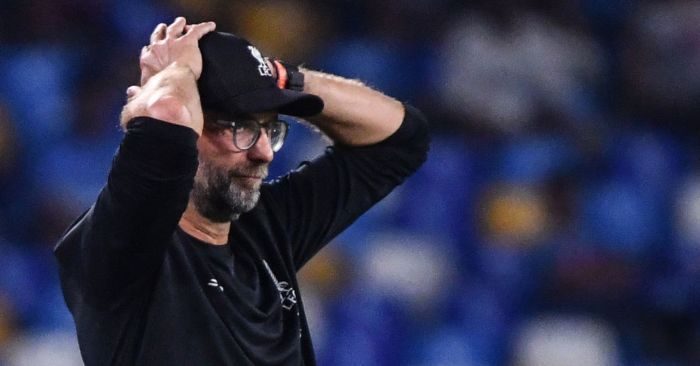 Jurgen Klopp denies that Liverpool were “tired” in their Champions League defeat to Napoli.

European champions Liverpool started the defence of their continental crown with a 2-0 loss against Napoli on Tuesday evening.

Fabinho’s excellent performance could not save the Reds in Naples as a controversial Dries Mertens penalty and a stoppage-time strike from Fernando Llorente condemned them to defeat.

Klopp hit out at VAR and his players’ finishing after the game, but denied that the result was simply because Napoli were fresher after starting their season later.

“Tonight the questions are really a challenge, to be honest,” he said.

“I think the guy from Sky Italia asked me or told me Napoli was much better than us. I didn’t see that game, so I don’t know exactly where he was when the game happened. But now you say we were tired.

“They obviously got the second air, so they could go again. That’s normal, but that was not the reason.”