Home All The News Klopp: I coped with losing Sahin, and will with Coutinho 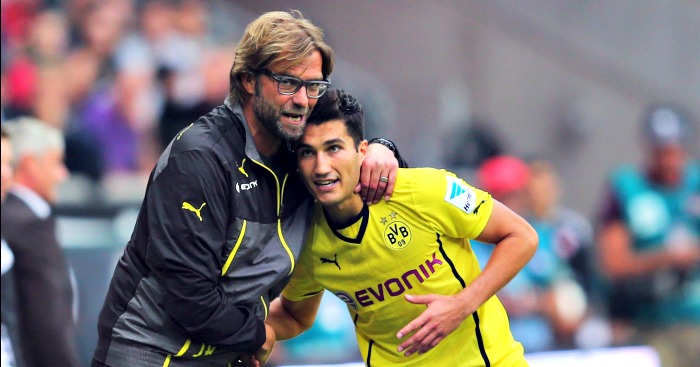 Jurgen Klopp says that he dealt with enough departures at Dortmund to cope with Liverpool losing Philippe Coutinho.

Coutinho finally joined Barcelona earlier this month in a deal that could reach up to £142million.

Many have questioned the timing of the departure, with Liverpool still in the Champions League and competing for a top-four place in the Premier League.

But Klopp has calmed any concerns.

“There was no other option,” he said when asked why the club let Coutinho go.

“Does it make sense? Did I think we can still use him? It was 100 percent clear, no chance.

“He wasn’t ready to do it anymore. He did fantastic in the first-half of the season after what happened in the summer.

“We don’t have to replace him as such, we will still have 11 players.

“I don’t want to sound disrespectful, he was here for five years, we will miss him.

“But we want to play good football without Phil.

As Daniel Storey wrote, the sale of Coutinho could mean we see Klopp in his element.

“I don’t know if you can compare – we lost plenty at Dortmund! One player was never a problem.

“The best player in Germany in 2011 was Nuri Sahin and he left the club after that season.

“We have solutions for everything. Use it, don’t suffer because of it. That is what I always did.”