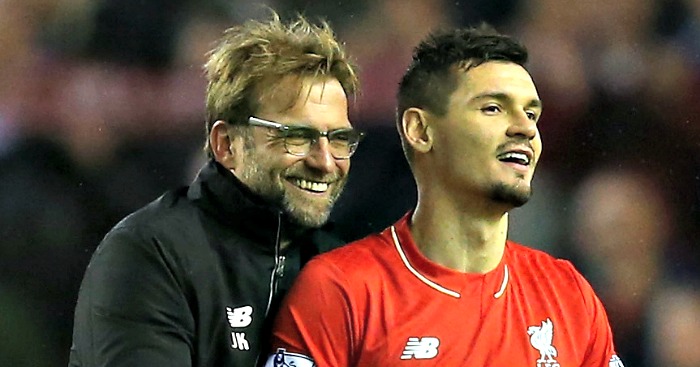 Jurgen Klopp says that Liverpool’s injury crisis might force him into buying a central defender.

Kolo Toure and Dejan Lovren both suffered injuries during Liverpool’s 1-0 victory at Stoke in the Capital One Cup semi-final first leg, taking the club’s injury list up to 12.

A £5.1million deal has already been lined up for Red Star Belgrade midfielder Marko Grujic, set to be confirmed on Wednesday, but the 19-year-old will immediately be loaned back for the remainder of the season.

After the latest setbacks, Klopp conceded that he might look to the transfer market for a short-term solution.

“In this moment with no centre-back fit I would say it is a situation where we have to think about going into the transfer market,” Klopp said.

“Two weeks ago we had three centre-backs, that’s a good situation, at the start of the season we had five, now we have none.

“Injuries? Yeah that’s it, we will look at our training! We don’t train, we only recover, that is the situation now? There is no training.

“But it’s no problem really. I am responsible for these things and if you want to make me responsible then it’s okay.

“We have five hamstrings (Coutinho, Lovren, Martin Skrtel, Jordan Rossiter and Divock Origi plus Daniel Sturridge is still rehabilitating from one) and it’s my responsibility, but it is like it is and we have to see what we can do.”