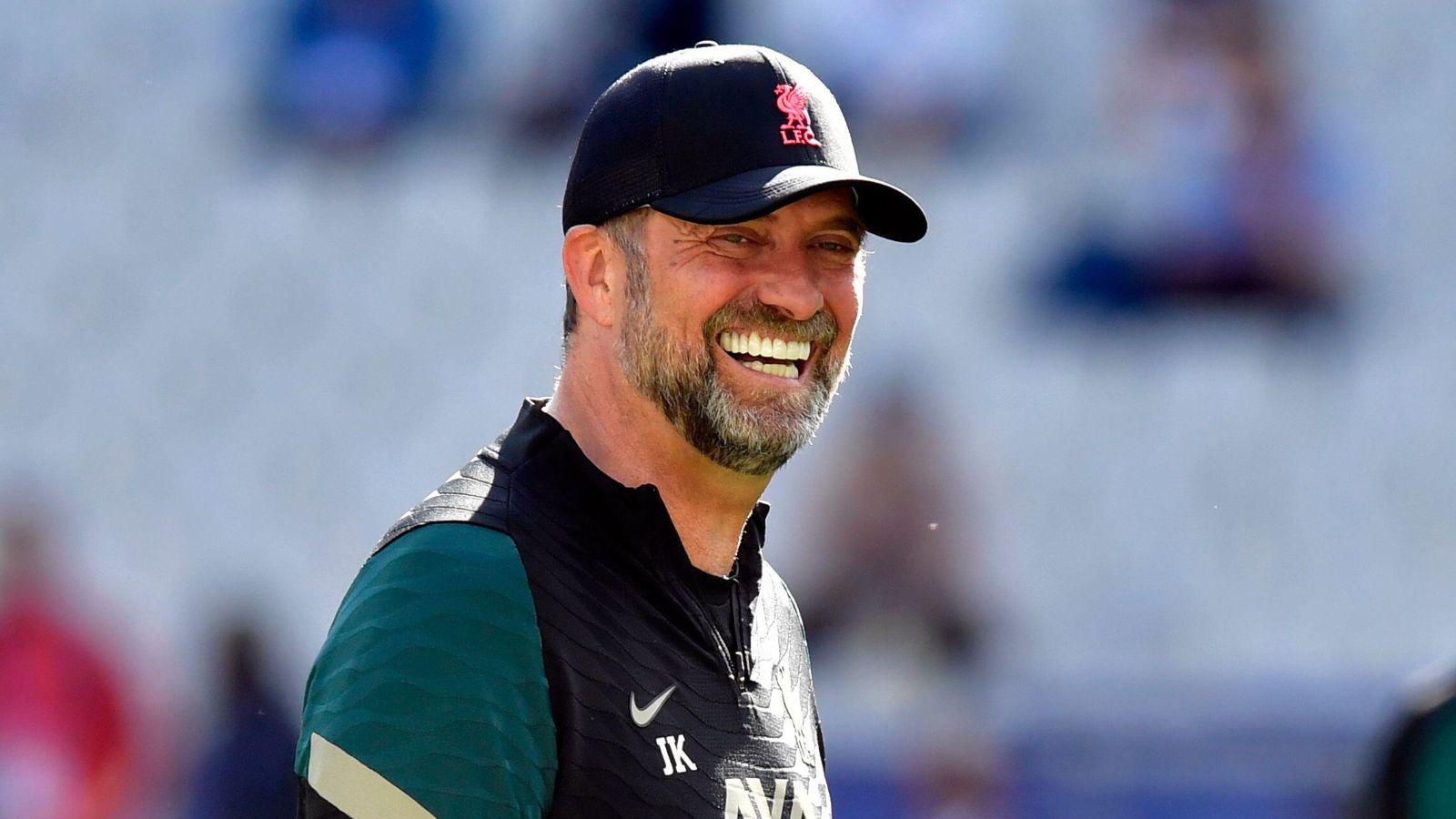 A not-so-reliable website is reporting that Liverpool boss Jurgen Klopp is ‘in love’ with Red Bull Salzburg forward Benjamin Sesko.

The 19-year-old has emerged as one of the most valued prospects in world football over the past couple of years.

Following an impressive loan at Austrian second division side FC Liefering, Sesko was an important player for Salzburg last season.

The striker was impacted by injuries so he only started eight times in the league. Across all competitions though he grabbed ten goals and seven assists in 36 outings.

Sesko has also made a promising start to this season as he has been involved in three goals in his first three competitive games.

Klopp got to watch the forward first-hand last month as Liverpool faced Salzburg in a friendly. Sesko showed what he is capable of as he scored the only goal in the Austrian side’s 1-0 win.

“What Red Bull is doing is a really interesting project, I have to say,” Klopp said to LFC TV (via 90min).

“The team is incredibly young but incredibly skilled. Again, they kind of change every year, they sell players but still a good team.

“It’s really interesting what they are doing. The football philosophy is not too far away from ours as well.

Sesko is the belle of the ball at the moment as clubs around Europe are monitoring his progress.

Man Utd’s interest in him is known amid the ongoing uncertainty surrounding Cristiano Ronaldo’s future at the club.

Earlier this week, it was claimed that Salzburg are ‘open to offers of anything over £45m’ for Sesko this summer with him being under contract until 2026.

Now a report from Spanish outlet Fichajes suggests that seven clubs ‘want’ Sesko, who is typically being labelled as the ‘new Erling Haaland’. They believe he is valued at €64m (£54m).

Fichajes –  a website not known for its reliability – are claiming that Liverpool are interested as Klopp is ‘in love’ with the youngster.

They must be forgetting that Liverpool have already spent £64m to sign Darwin Nunez this summer.

They note that Man Utd are considering him as Ronaldo’s ‘long-term replacement’, while Chelsea have ‘shown the most interest’.

FC Barcelona (obviously), Real Madrid, Atletico Madrid and PSG are also keen on Sesko according to the report.