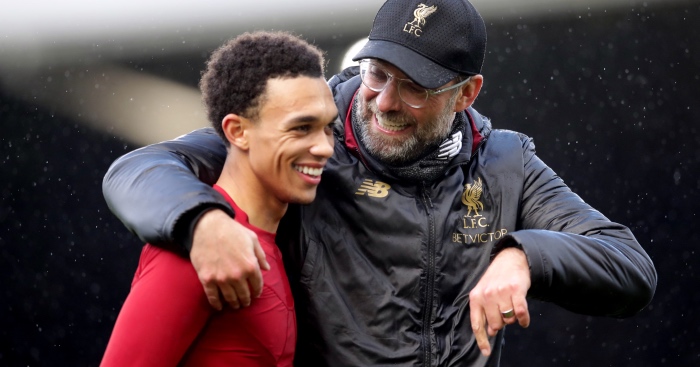 Jurgen Klopp has claimed that his Liverpool side are only ‘at the start’ of their development after a nervy 2-1 win over Fulham.

James Milner’s penalty sent the Reds back to the top of the Premier League but they were far from impressive in their victory at Craven Cottage.

A below-par Liverpool had gone ahead through Sadio Mane’s first-half strike, but a poor error from Virgil Van Dijk was capitalised on by former winger Ryan Babel to level for Fulham in the 74th minute.

Milner fired home the winner from 12 yards after Mane was adjudged to have been pulled down by goalkeeper Sergio Rico.

But Liverpool return to the summit, edging two points clear and putting the pressure on Manchester City, who were not in league action this weekend due to the FA Cup.

“We started really well, and did a lot of good things but lost the rhythm a bit. I am not the most experienced manager and I have similar problems after Champions League games,” Klopp told Sky Sports.

“First half a bit rusty. Second half we could have finished it off and then it is clear at 1-0 if you don’t kill it off that can happen. Babel was there that is how football is. They deserved a goal but we deserved three points. A brilliant afternoon I have to say.

“I am not in any doubt about my players’ nerves. It is about intensity. We go for perfection but it is rare that you get it. Burnley, Munich, Fulham – you have to adapt. People will say we need to be more convincing, but we are at the start of a development, not the end.

On Milner’s match-winning contribution: “Good sub in that moment. That is what I call impact.”