Home All The News Klopp: It is the only way Liverpool can beat Man City 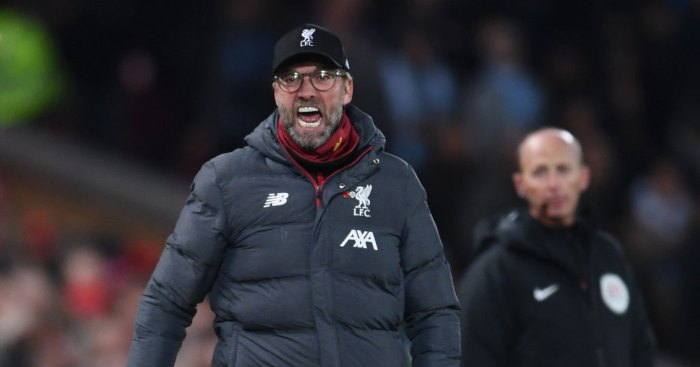 Jurgen Klopp says Liverpool can only beat Manchester City with complete focus and concentration in defence after his side beat Pep Guardiola’s men 3-1 at Anfield on Sunday.

Leicester, eight points behind, are now Liverpool‘s closest challengers after City‘s miserable run at Anfield – one win in 29 visits – continued in a match which left Guardiola raging at some controversial VAR calls.

Fabinho could not have timed his first goal since December any better with the sixth-minute opener, with City still arguing for a handball by Trent Alexander-Arnold in the other penalty area, and Mohamed Salah and Sadio Mane put the game out of sight before a late consolation for Bernardo Silva.

“They were good,” Klopp told BBC Sport.”Oh they were good and we had to defend with all we had but we scored incredible goals.

“It was so tough to play, the intensity of the game was so clear. It was all worth it, really great. They pass the ball from outside, Sterling. How good did we defend him until then? Because you saw what happens when we don’t defend him anymore.

When asked if he was calm for the first goal, Klopp said: “The problem was the VAR. I saw the discussions before the first goal and I was just waiting. It is not the same anymore but it is no problem. I can celebrate tonight.

“All the games against City were pretty much like this apart from last season’s home game. That was more controlled. This was not the most beautiful and most controlled but it was very lively, I like that.”