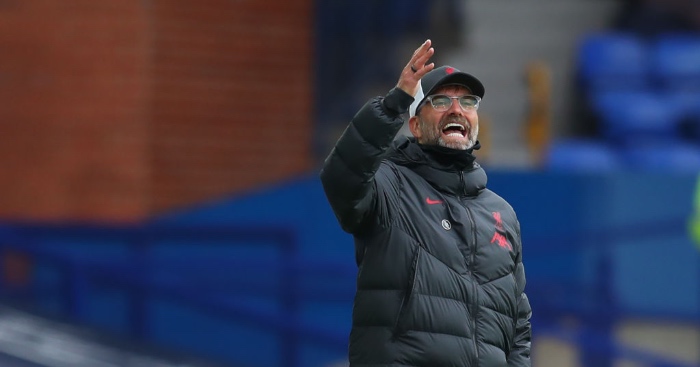 Jurgen Klopp has accused the Premier League of a lack of leadership as complaints over the competition’s scheduling and substitution rules intensified on Sunday.

Liverpool manager Klopp and Manchester City counterpart Pep Guardiola both hit out at the competition organisers after their sides played out an entertaining 1-1 draw at the Etihad Stadium.

Their remarks came after Manchester United boss Ole Gunnar Solskjaer took exception to the scheduling of his side’s fixture this weekend. United were asked to play at 12.30pm on Saturday having been in action in Turkey in the Champions League on Wednesday.

Both Liverpool and City have been hampered by significant injuries already this season, with the intensity of the revised calendar compounding problems caused by the shortened summer break and a lack of pre-season preparation.

Klopp said: “We played after the international break at 12.30 on Saturday at Everton. Some of my players were coming back from Peru. These kind of things should not happen.

“I understand the need of television, 100 per cent, but the Premier League needs to fulfil more the position of the unity of the players as well.

“It’s completely normal we play Saturday – it’s the 12.30 that is the killer.

“People might like it and think it’s a proper competition then and it gives other teams a chance. The only problem is we injure the players. You cannot keep the players fit like that.

“It’s not about us, it’s not about United, it’s about the fixtures. Wednesday night and 12.30 (on Saturday) should not be allowed.

“Again, we have to talk again about the five subs.”

Five substitutions were allowed during Project Restart last season to ease the burden on players after lockdown. However, despite world governing body FIFA allowing for a continuation of this temporary rule change this season, Premier League clubs voted against it.

It is understood there was a feeling among some clubs that the rule benefited the bigger clubs with stronger squads.

Klopp feels the Premier League, and specifically chief executive Richard Masters, should have took the lead on the issue instead of giving clubs the choice.

Klopp, who lost full-back Trent Alexander-Arnold to injury at the Etihad, said: “It’s a lack of leadership. Richard Masters sold it completely wrong. That’s my understanding.

“The teams had to understand why it’s so helpful. It’s not an advantage, it’s a necessity. It’s in all other countries, it happens.”

Guardiola was in agreement, saying: “Today the right-back for the national team for England (Alexander-Arnold) is injured, and other players. It’s so demanding for the players, the same argument all the time.

“Maybe this league likes to be different but the situation is unusual, it is different. It’s not to take advantage, it’s to protect the players.

“The pandemic is still here. Every league around the world has five subs.”