Home Liverpool News Klopp: Lallana can do 20/30 per cent more 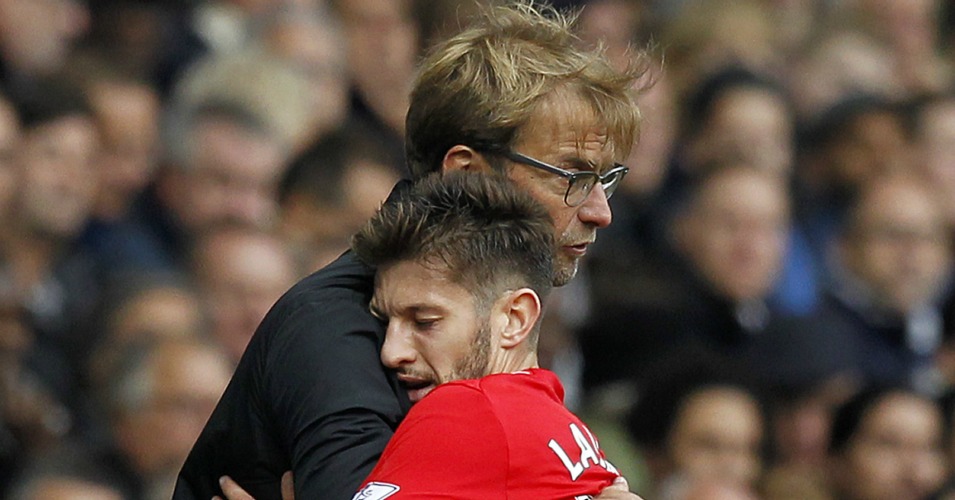 Lallana was substituted after 81 minutes of Saturday’s 0-0 draw with Tottenham and looked utterly exhausted. But Klopp is not satisfied.

“I am not sure how many games you saw like this from Adam Lallana? What do you think?” asked Klopp after the match, already knowing the answer about a £24m player who has underwhelmed since joining Liverpool in 2014.

“I know him from Southampton and he can do 20/30 per cent more,” added Klopp.

Milner was not the only Liverpool midfielder identified by Klopp as capable of much more.

“Coutinho? Do you not think he can play better football? Of course, he can,” he said.

“Lucas? You don’t think he can play balls on the right and left side? Of course he can.

“Emre Can? Learning between running and passing. He can learn.

“Milner? The complete football player, the perfect professional, a machine, everything is there.

“We don’t have to sprinkle magical dust on them.

“I should teach them technical aspects? They know how to play. We have to help them to show it. This is not the biggest problem in life.

“We just have to create a situation where it is possible to do this. There is pressure yes, but it is not the biggest pressure, these guys are running for their life.

“Of course we should play better football. Not because I say but because we can. The most important thing is for the players to be prepared to be a little bit wild. You can run and then you can miss. No problem. Don’t worry. Come back again. We can do better and will do better.”