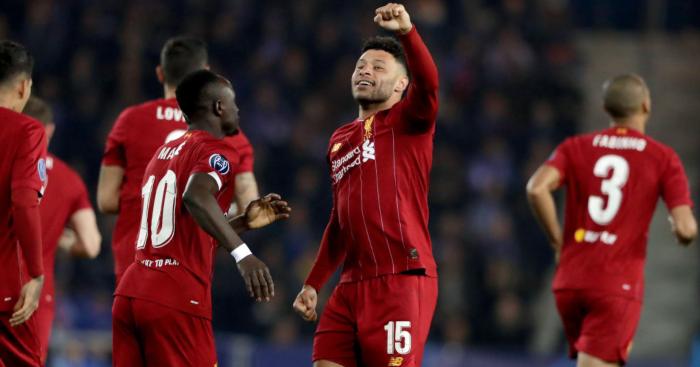 Liverpool boss Jurgen Klopp has laughed off suggestions that Alex Oxlade-Chamberlain will provide him with a selection headache after his performance in midweek.

Oxlade-Chamberlain scored twice as Liverpool eased to a 4-1 victory over Genk in the Champions League on Wednesday night.

And Klopp says the England international gives him a bigger pool of players to choose from rather than a “headache”.

“If my players playing a good game gives me a headache my life would be really sad,” Klopp told reporters on Friday,

“He’s had a big impact. It’s no secret how much I like him as a person and a player.

“His second goal, especially, was incredible. I didn’t see one like this for a long time, if ever. It was a really special moment.

“So it’s all good – no headache, just a bigger number of players to choose from.”

On Adam Lallana and Naby Keita’s impact as substitutes, Klopp added: “In a good situation you have the possibility to make decisive changes, if possible. Against United that proved really important.

“A lot of subs in that game we brought on had an impact so that is really massive for us. It’s a big key to be successful so I was really pleased, for Adam especially (after scoring a late equaliser), who was really close to making a start in that game.”