Home All The News Klopp: Liverpool ‘deserved’ to lose against Atalanta 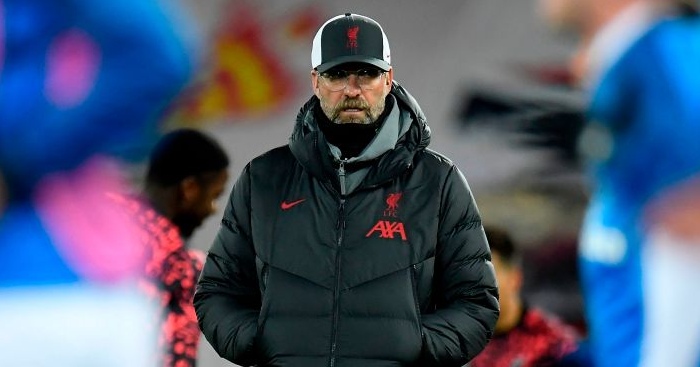 Jurgen Klopp has admitted that Liverpool deserved to lose a “difficult” game against Atalanta.

The Reds fell to a disappointing defeat to the Italian side in Group D on Wednesday night. Klopp’s side never got going in the game and they failed to register a shot on target throughout the 90 minutes.

Atalanta were clearly the better side. Their hard work was rewarded in the second half with two goals in just four minutes.

Josip Ilicic and Robin Gosens got the goals to secure Atalanta a historic victory over Liverpool at Anfield.

Despite this result, Liverpool remain top of the group. But Ajax’s win over FC Midtjylland leaves the Dutch side and Atalanta just two points behind Liverpool.

Klopp’s men host Ajax next week before they face Midtjylland in their final group game on December 9.

The Liverpool boss spoke with BT Sport, as cited by BBC Sport, after the game, and he insisted that Atalanta deserved all three points:

“It was not a good game. From both teams, didn’t create a lot, until they scored the goals.

“A deserved defeat in a difficult game. The ref didn’t whistle a lot and that makes it even more difficult, for both sides. It was unbelievably intense and you need some breaks.

“When the first half is gone, you usually settle but for some players who didn’t play for a while it was very intense for them. We didn’t find a way in the game.

“Easier to talk about a good game. We had moments but not real chances. It could happen to other teams. You ask us to go Saturday at 12:30, which is nearly a crime. That is nothing to do with the result, but congratulations to you.

“Thumbs up, no injuries and we go again.”