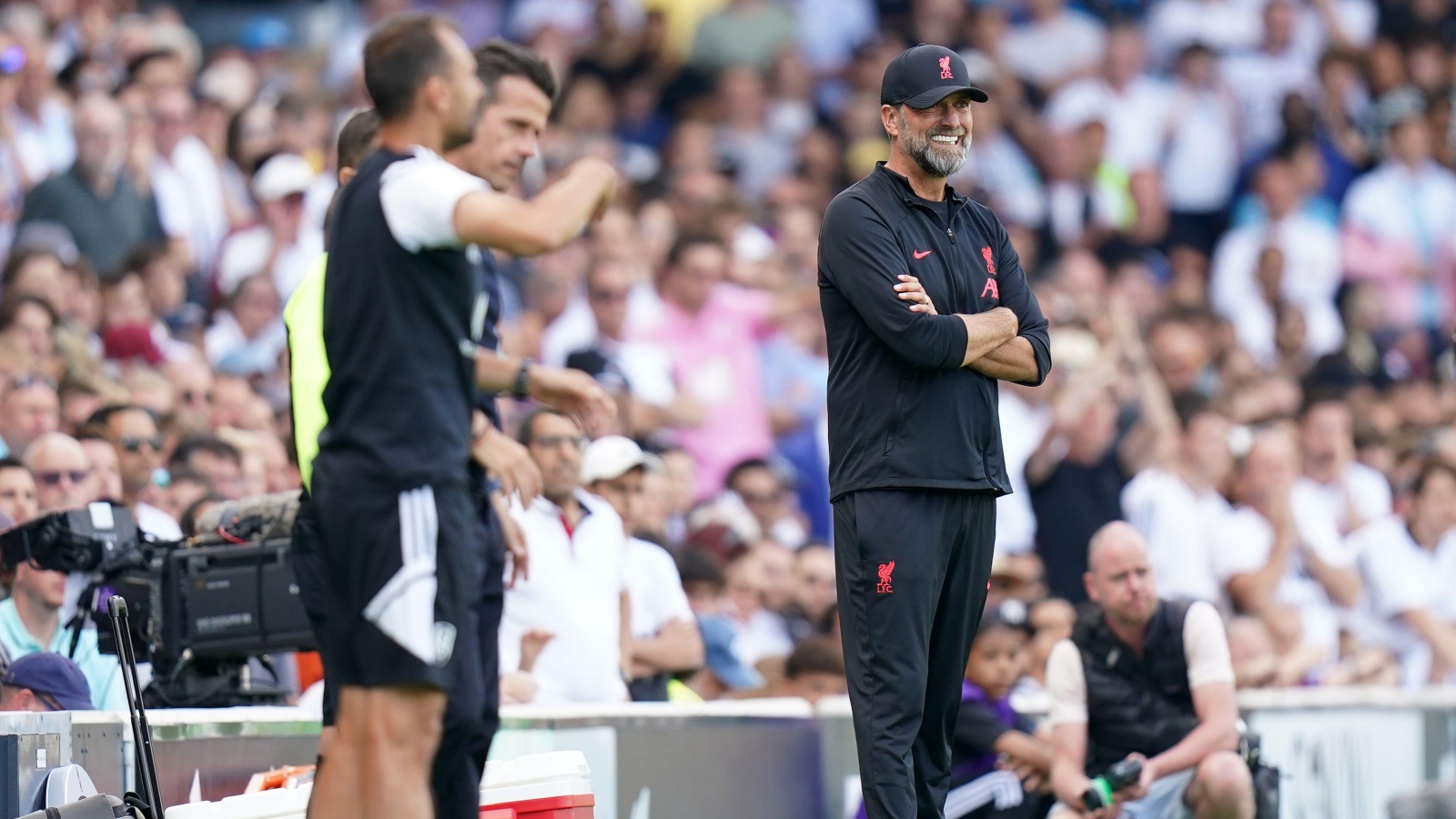 Liverpool manager Jurgen Klopp has said his side’s performance in the 2-2 draw at Fulham can be “massively improved” on.

The Reds and Cottagers played out a tremendous encounter in London as both sides began their Premier League season with a draw.

Fulham may find themselves unfortunate to not leave with all three points, but the introduction of Darwin Nunez made the difference for the second week in a row after he inspired Liverpool against Manchester City in the Community Shield.

Klopp said his side played “a really bad game” and insisted the Craven Cottage pitch was too “dry” for his liking.

“We got a point from a really bad game from my side so now it’s a question of ‘How can that happen?’,” Klopp told BT Sport.

“The attitude was not right in the beginning and then we wanted to fight back but it wasn’t easy any more. The pitch was dry, stuff like this, we played really in their hands most of the time.

“The result is fine, I don’t think we deserved more than that but the performance can be massively improved.

“We did the opposite of what we wanted to do. The result wasn’t about the referee.

“We could have won the game because we had good chances but it was probably a bit too much today.”

Marco Silva was very happy with his players as they marked their return to the top flight with a hard-earned point.

Silva told BT Sport: “Why should we be intimidated? Of course we have to respect the top, top quality they have. As I said before the match, they showed last season,  two seasons ago, and they’ve started showing again last week when they won the trophy.

“That is the main thing for me. We respect them and of course we have to do our job. We have to trust in ourselves, we have to trust to stick with the plan as well and we showed fantastic organisation from the start until the end of the match.

“Our first half was almost perfect. The way we controlled, the way we worked the quality they have, because even if in some moments they don’t decide in a collective way, they can decide in an individual way because they have these types of players.

“Second half because we started to become a little bit more tired, it’s part of the game, they decided they can play but we matched them every time.

“That great chance from Kebano, if he’d scored the second goal, the game would be completely different but I really enjoyed [it].”

On Aleksandar Mitrovic – who bagged a brace – Silva said: “I know the quality Mitro has. I’m here to take the best from my players and we’re doing it from the last season with all of them. Of course, he has his own profile as a football player, we have to keep believing for him to take the best for him as well, but Mitro is not just goals.

“If someone thinks Mitro is just goals, forget [it]. The job he did this afternoon [was] for the team, his pressure, helping the midfielders, helping the back line and after if you leave it for him he’ll score.

“I have to congratulate him because the work without the ball that he did this afternoon was fantastic and he knows this from me. He did really well, and I’m really pleased because he scored two goals.”