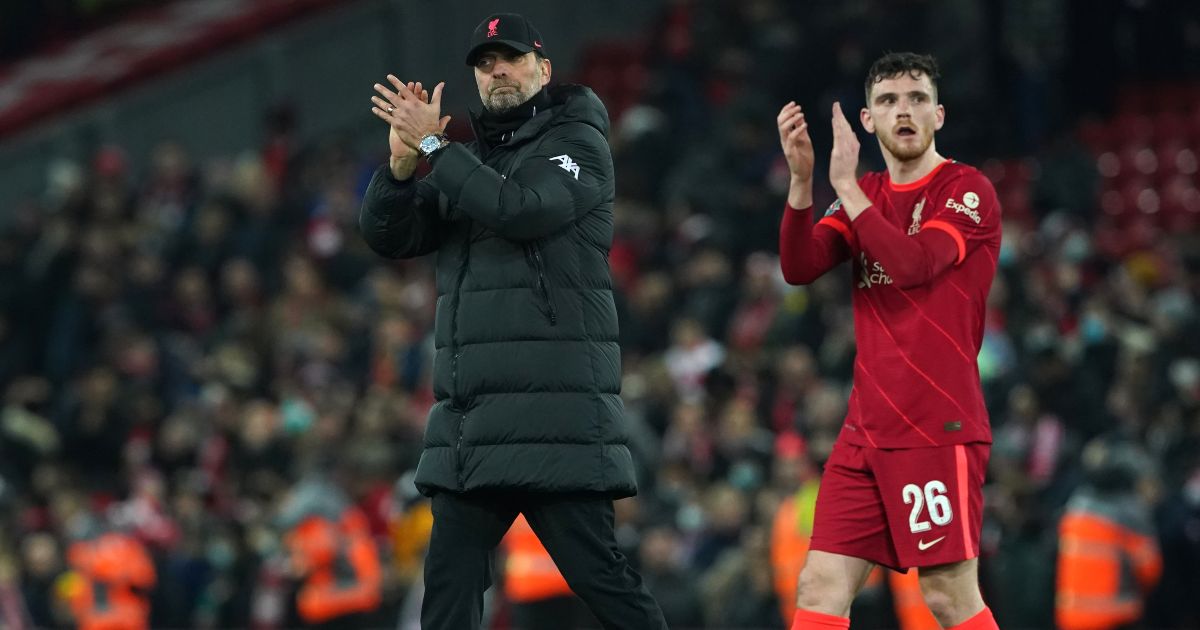 Jurgen Klopp thinks the speed of Sadio Mane and Mo Salah would’ve made little difference to Liverpool last night in their 0-0 draw against Arsenal.

Following Granit Xhaka’s early sending off, the Gunners camped inside their own half for much of the game in an excellent defensive display which limited Klopp’s men to just one shot on target.

Takumi Minamino did have a brilliant chance to win the first leg of the Carabao Cup semi-final but he blazed his chance over the bar towards the end of the match.

Mailbox ‘disgusted’ by Klopp’s flaw being exposed once more…

Liverpool were missing Salah, Mane and Naby Keita – who are all on international duty at the Africa Cup of Nations – but Klopp isn’t sure how much difference the trio would’ve made.

“There is nothing bad to say about Sadio and Mo,” said Klopp.

“Naby [Keita], on his day, is one of the best midfielders I have seen, but they are not here. Last night we didn’t miss speed. Arsenal were so deep where did you want to run? There was no space to use them.

“We had to build on how we started. We have to play against deep formations in between the lines and quick thinking is more important than quick running.

We’re LIVE as Jürgen Klopp looks ahead to #LIVBRE on Sunday! 🎙 https://t.co/AOE3ON0rRU

“Mo and Sadio can do that but they are not here and the other players can do it as well. It was clear that we would sit here after a 0-0 and you were going to ask about Sadio and Mo.

“Last night we were not perfect but you have to get through different periods in a season and this is ours.”

On the result at Anfield last night, the Liverpool boss added: “We won’t write it off.

“All the things you do in life are experiences, so you either do it again or you don’t. We will play on Sunday against maybe a similar low block set up so there was important information last night.

“It was not the most exciting game but we were really good against a strong Arsenal line up and that is what we will take.”

On whether Liverpool have any injuries worries ahead of their match against Brentford, Klopp continued: “We had a few knocks last night [against Arsenal] but directly after the game the medical department said all will be fine.

“So no injures. It’s the same squad available as the game last night.”