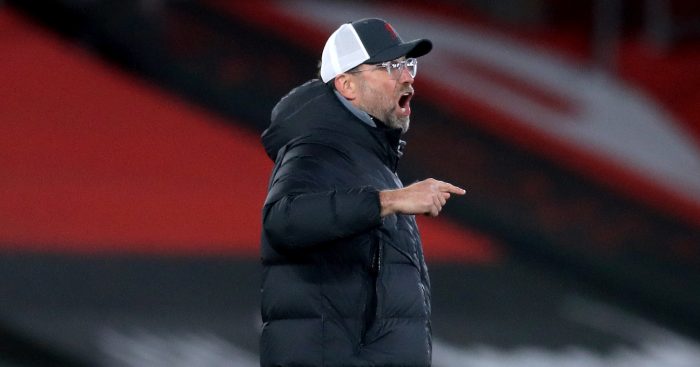 The Liverpool boss said “United had more penalties in two years than he has had in five-and-a-half years” at Anfield after his side lost 1-0 to Southampton last week.

Ole Gunnar Solskjaer’s side have only been awarded one more penalty than Liverpool this season, but Klopp is right to suggest they have been awarded more over the past few years.

MAILBOX: Goals and assists aside, what does Fernandes really offer?

But Clattenburg believes Klopp’s comments are a sign he’s “clearly getting edgy” about United’s form in the Premier League.

“He sounds like a hypocrite if he is suggesting United’s players are looking to win penalties,” Clattenburg claimed in The Daily Mail.

“The likes of Mo Salah and (Sadio) Mane are just as capable of employing similar tactics.

“He is clearly getting edgy, though, because not since Fergie have we seen such a blatant attempt to influence a referee ahead of a big game. Klopp wasn’t doing this last season when Liverpool were winning every week.

“He does not like losing, he never has. He gets prickly. But he is wrong to suggest there is an aura around United that sees them given favourable decisions. There used to be when Fergie was there, but that has eased massively since he left.

“I am the only referee to give three penalties to the opposition at Old Trafford, and that was for Liverpool, of all teams, in 2014.

“But David Moyes was manager — I’m not sure that would have happened when Fergie was there!”