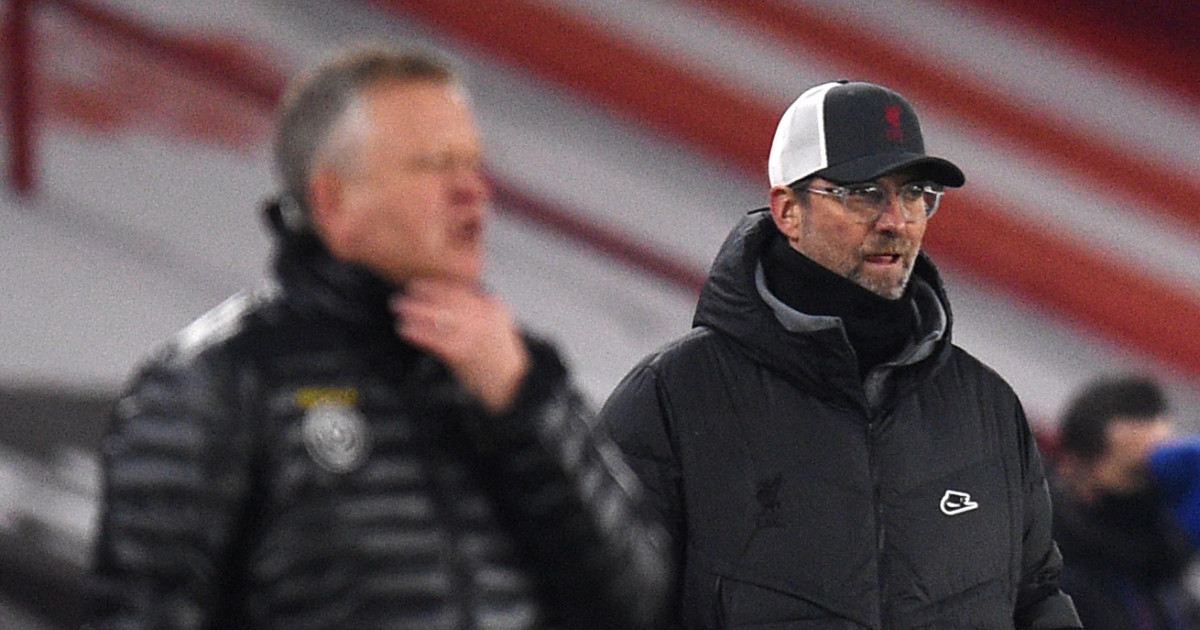 Liverpool boss Jurgen Klopp praised his side’s performance in a much-needed 2-0 win at Sheffield United but admitted there was room for improvement.

The champions’ title defence has fallen apart in a run of four straight Premier League, but they got back to winning ways at Bramall Lane as Curtis Jones’ goal shortly after half-time and an own goal from Kean Bryan, deflecting a shot heading wide from Roberto Firmino over the impressive Aaron Ramsdale, secured a comfortable victory.

Klopp told Sky Sports: “We should have scored three times before we scored the two goals, so it just shows that how we created was really good – the finishing was good enough for today but we know we can improve that still.

“It (the result) is very important because plenty of people have written us off – that’s completely fine because it’s about us to show if we’re still there.

“With all the problems we’ve had, we’re still around exciting places and that’s where we want to be and what we are fighting for.

“There is no way without results of getting into the Champions League and that’s what we need.”

Klopp confirmed forward Diogo Jota could be fit for Thursday’s crucial clash with Chelsea despite being forced to withdraw from Sunday’s squad.

“Diogo was with us in the hotel but overnight he got sick,” added Klopp. “I think that he’s ready but I don’t know at the moment.”

Sheffield United boss Chris Wilder said: “You have to be at your best to beat Liverpool – we’ve taken no notice of their last two or three games – and unfortunately at the moment we’re not.“I don’t think anybody can question their attitude and commitment – they’re giving everything and sometimes you’re just not good enough and haven’t got that quality to really compete.”