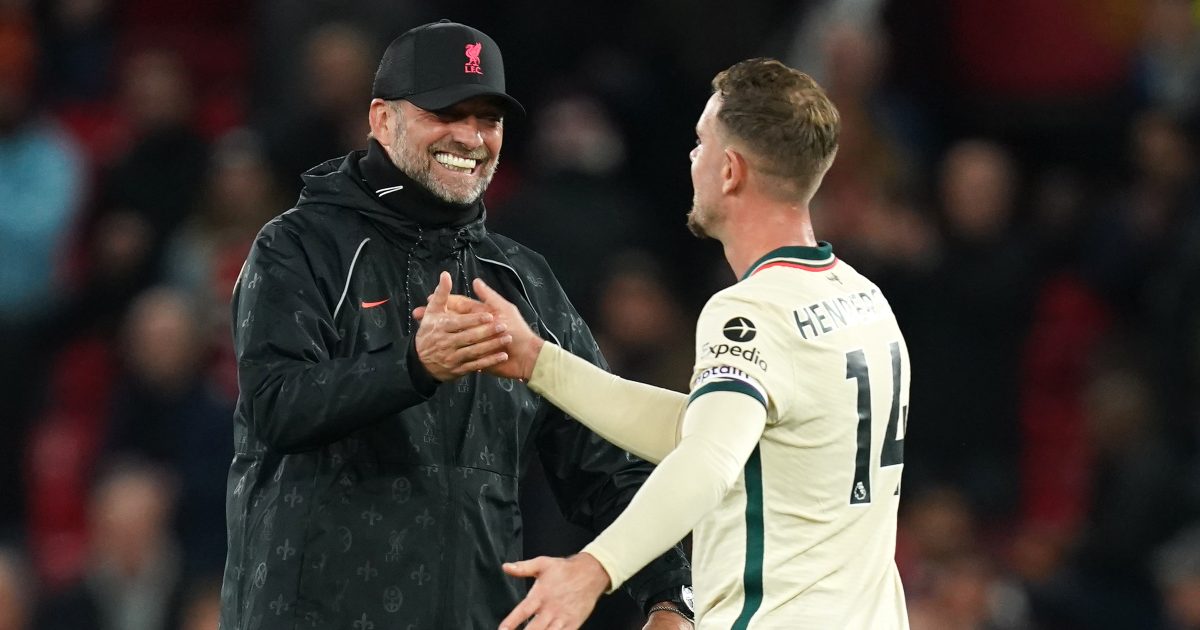 Jurgen Klopp admitted that his Liverpool side were “lucky” in some moments as they picked up an “insane” 5-0 victory over Manchester United.

The start to the game was open but Liverpool took their chances as they went 2-0 ahead by the 14th minute.

Naby Keita and Diogo Jota got the goals with the help of some shocking defending from Man Utd.

Salah set up Keita’s opener and he got two goals of his own before the break. He has now scored in ten consecutive games across all competitions. The in-form attacker completed his hat-trick shortly after the restart as he made it five.

Cristiano Ronaldo had a goal ruled out by VAR before Paul Pogba was sent off for a late challenge on Keita. This is Liverpool’s biggest ever win at Old Trafford and it moves them back up to second in the Premier League.

As reported by BBC Sport, Klopp said that this victory is “special” for his Liverpool team:

“What can I say? Did I expect that? No. What we did in the last third was insane. Pressing high, winning balls, scored wonderful goals. I told them at half-time to play better. We started incredibly well and stopped playing football. We controlled the game after the fifth, it was not about scoring more, just trying to get out without more injuries,” Klopp said.

“The result is insane, I asked if there was one like this in history and if there isn’t then it will take a while. The players put a nice piece in the book. It is special but we don’t celebrate like crazy, we have respect for the opponents. We were lucky in some moments, United are not in their best moment.

On injuries, Klopp added: “James Milner has a hamstring, he showed me something was not right. Naby Keita we have to see, a full throttle on the shin.”

On Salah: “The fifth goal, Mo was there to get the goals and he deals with the fuss that everyone makes around him. He enjoys his football and long, long, long, may it continue. I knew already (he wants to end his career here), I know the situation.

“Three points against a real opponent but you have to understand these games right. We got lost against Aston Villa and you have to learn off it. We smash Crystal Palace once and the results are not interesting. I analyse the games, we can play better football and have to concentrate more.

“5-0, I couldn’t be happier, it is exceptional. Absolutely outstanding.

“I have a few defeats in my mind which was not necessary but we won today so we drink beer on the way home.”