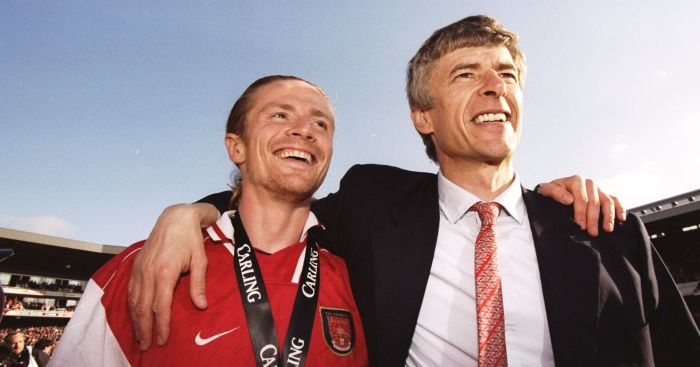 Former Gunners star Emmanuel Petit claims the current Liverpool side “have something special” and are more impressive than Arsenal Invincibles.

Liverpool have won 27 of their 29 games this campaign and were dead-certs to win their first Premier League title before coronavirus brought football to a halt.

Petit played alongside some of the Arsenal players in that Invincibles side, but believes they don’t compare to Klopp’s Liverpool

Speaking to Mirror Football, Petit said: “I have huge respect for my old team-mates, but when I look at Liverpool, and what they have been doing for the past two years.

“People are looking at them now because last year they won a European trophy, but really they have been like this for the past two or three years.

“It’s amazing what they are doing – it is rare to see a team winning so many games and being so dominant against their opponents all the time.

“They were both great teams in history, but for me this Liverpool team have something special. It is hard to explain what I feel when I look at Liverpool, but I don’t remember thinking the same way when I was looking at the Invincibiles.

“They have impressed me more than Arsenal’s Invincibles.

“I am pretty sure Arsenal fans won’t be happy with that. But I have to be honest. When I look at this team, the motivation, the intensity, so many talented players. Something is different with them.”