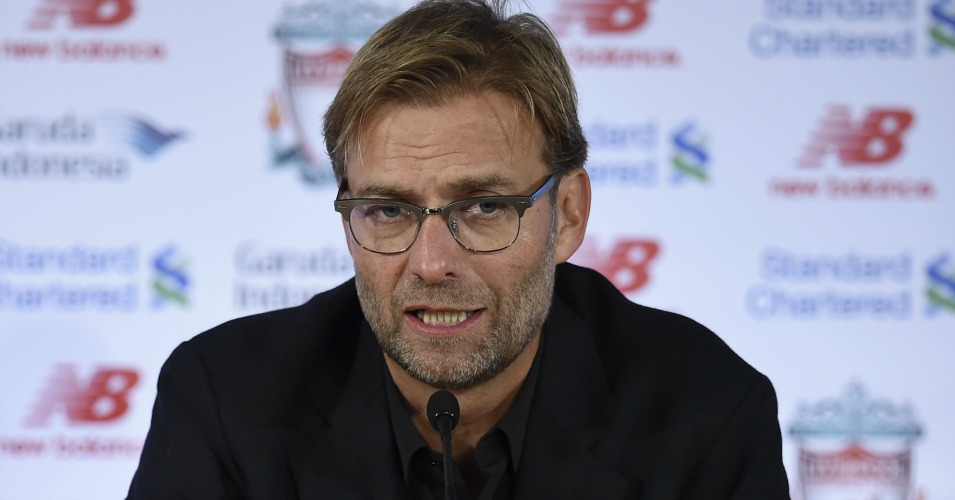 Jurgen Klopp believes Liverpool were “not free” under the management of Brendan Rodgers, with the German reiterating his own desired style of play.

Klopp was unveiled as Liverpool boss on Friday, and impressed during his first press conference as manager, as well as his first interview with LFCTV (parts 1, 2 and 3).

The German conducted further interviews later on, and was asked to expand on what his preferred style of play was.

“I am not the guy who is going to go out and shout ‘we are going to conquer the world’ or something like this,” he told the Liverpool Echo.

“We will chase the ball. We will run more, fight more. We will work more together, better together. We will have better organisation in defence than the other teams.

“We have to find our own way to play. Our performances have to be enjoyable for ourselves.

“I don’t want to tackle too rough but if there is a tackle that is legal, that is a good tackle that gets the ball, it’s like a goal, if you want? Yeeaaah! What I want is to be a real special team.

“No, this team needs to create their own style. If you have the ball you have to be creative but you have to be prepared that if you lose the ball the counter pressing is very important. It is not a proposal, it is law.

“You cannot decide ‘um’, you have to do it and you will. That is what we all have to learn.”

Klopp also revealed he had watched Liverpool’s last three games – draws with Everton and FC Sion and victory over Aston Villa – and that he believed the players were “not free” under Brendan Rodgers.

“I’ve seen the last three but if you ask me on Sunday I will have seen 20,” he said.

“The other games I only saw the goals. For 90 minutes, I saw Everton, Sion and Aston Villa.

“Aston Villa was really good. Good goals but if you don’t defend the crosses it can happen against this striker (Rudy Gestede).

“Against Sion, in this game you saw the whole pressure on the team. The first chance missed and everyone is going… (acts panicky).

“You can see it in their eyes, they are not free. Football is about creating chances, not to make 20 goals a game. It is not possible.

“If you feel ‘yes I can miss, the next chance we will get’ then you are free and you can stay confident.

“That is very important. In the game against Sion, you saw many of the problems because there was so much pressure on the players. We have to work so that they feel good. I couldn’t see any fun in this game in no faces and that is not so good.

“In Everton of course it was a derby and pressure on both teams. It was a little bit old school. It was kick and rush, bam, bam, bam, long balls but the fighting spirit was really okay.

“It was not the best game in the last 10 years I would say. In these three games you could see a lot of things. The early goal against Aston Villa, it opened them up and then they played. That is what I want to work for.

“We have to change things. First we have to see what is up at Melwood.”