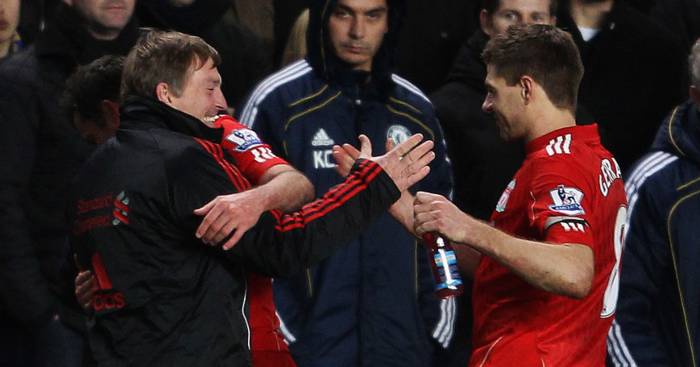 Liverpool secured their first title in 30 years on Thursday without kicking a ball as Chelsea beat Manchester City 2-1 at Stamford Bridge.

And Klopp was quick to hail the “great history” of the club, before dedicating the win to Dalglish and Gerrard.

He said: “Knowing how much Kenny supported us, it is for you.

“He has waited 30 years and it’s for Stevie [Gerrard]. The boys admire you all and it’s easy to motivate the team because of our great history.

“It was really tense for 100 minutes of the City game, I didn’t really want to be involved but you are when you watch it.

“It’s an incredible achievement by my players and it’s a huge joy for me to coach them.

“I haven’t waited 30 years, I have been here for four and a half years, but it is quite an achievement, especially with the three month break because nobody knew if we could go on.”