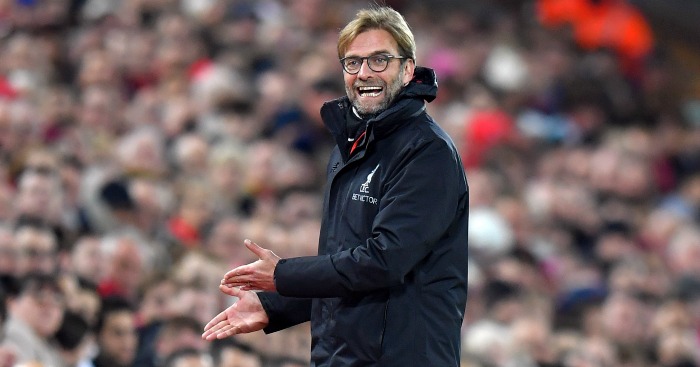 Liverpool manager Jurgen Klopp is happy to keep hanging on to the coat-tails of Chelsea and hopes he can annoy the Premier League leaders a bit more before the end of the season.

Chelsea extended their remarkable winning run to 13 games with victory over Stoke but – much to Klopp’s delight – they have not been able to extend any significant advantage.

“It is unbelievably difficult in this league but we cannot have a look at Chelsea, they are unbelievably strong and they are on an outstanding run.

“We have to win our games and see where that takes us.”

Asked whether Liverpool could replicate a run similar to Chelsea’s Klopp, whose side have won four in succession, said: “You need to win 14! Nobody really thinks we can do it.

“It will be difficult enough to win at Sunderland. I know what we have to do to win the next game but not to get Chelsea.”

Klopp played down the significance of victory over Pep Guardiola’s side, despite it giving them a four-point cushion over their top-four rivals.

“I don’t know if I need to be anything but to be happy when we win against City. Actually I know I don’t,” he added.

“We got the three points. I really thought we deserved it and that is the only thing which is really important.

“We are in the region of the table where we need to be.”