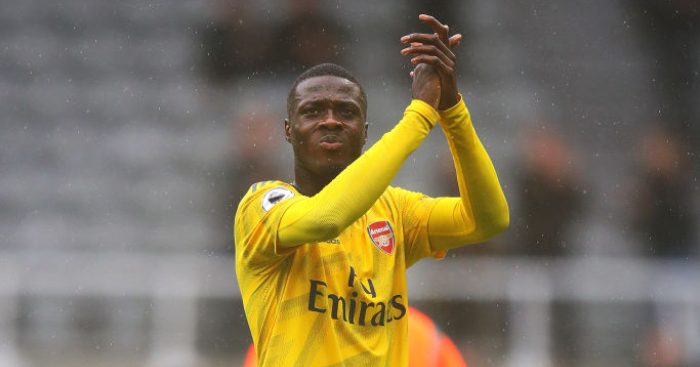 Jurgen Klopp predicts that Nicolas Pepe will start for Arsenal as they travel to Anfield to take on his Liverpool outfit.

The Reds will host the Gunners in the late kick-off on Saturday after both sides recorded two wins out of two in their opening fixtures of the Premier League season.

Emery has hinted that Pepe could make his first start for Arsenal but Klopp has gone one step further by saying the Ivorian “will start”.

On supporters expecting a lot of goals against Arsenal, Klopp told reporters: “Both teams are offensive oriented. Arsenal will probably change at least two key positions, Pepe will start and won’t make them weaker, and maybe Xhaka.

And Klopp adds that Liverpool want to “stay greedy” in their pursuit of more silverware, he said: “At the moment we have to be friends but not best friends. We have to be very angry and stay greedy.

“We are, I’m not in doubt about that. The best team spirit in the world isn’t just about being together, we want everybody to be pushing each other. That’s what we have.”