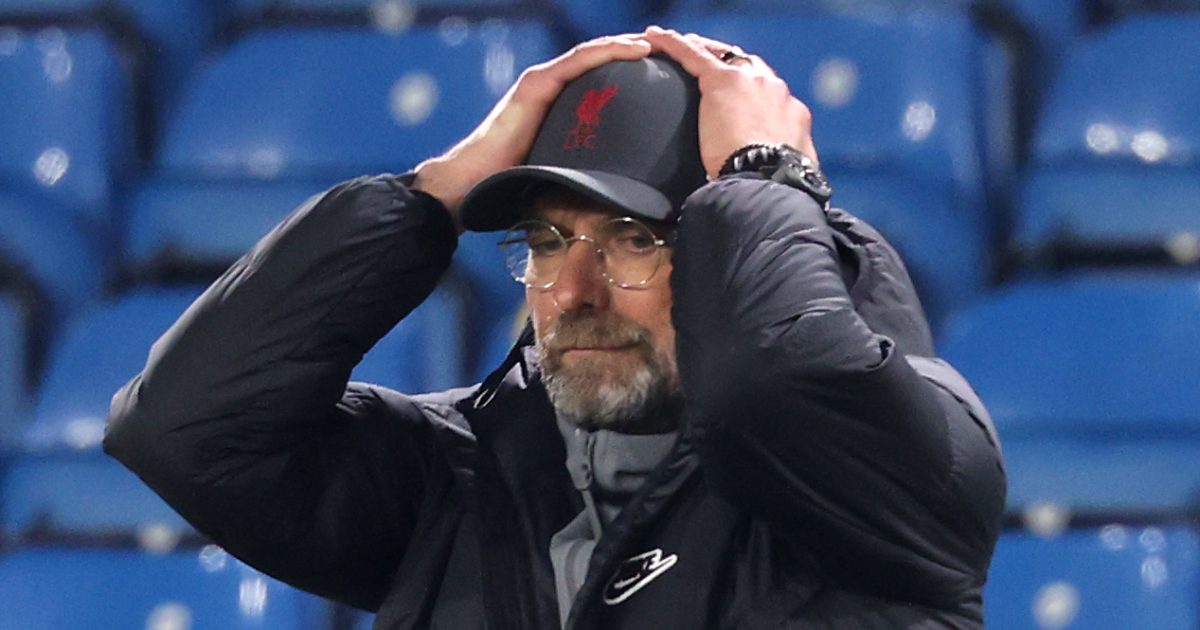 Jurgen Klopp took aim at Gary Neville after the Sky Sports pundit criticised Liverpool, Manchester United and more for their links to the European Super League.

They deservedly took the lead in the 31st minute. Illan Meslier came out to meet Trent Alexander-Arnold, but the defender did well to square it to Sadio Mane. The forward made no mistake as he tapped it home into an empty net.

OPINION: Klopp forgoes chance to be Churchill in war on ESL

The score remained 1-0 heading into the break but it proved to be a game of two halves as Leeds came on strong in the second half.

Leeds had two great openings in the final 15 minutes. Patrick Bamford struck the bar before Tyler Roberts fired the ball straight at Alisson from close range.

Marcelo Bielsa’s side did grab a deserved equaliser in the 87th minute, though. Jack Harrison’s corner was headed into the net by Diego Llorente. Liverpool remain sixth with this result and they are two points behind West Ham in fourth.

As cited by BBC Sport, Klopp suggested that Leeds were wrong to offer them pre-match ‘EARN IT’ shirts:

Klopp on Leeds’ pre-match t-shirts: “I don’t think it is right. They put them in our dressing room, I don’t think we deserved that. I don’t like the way a lot of people are talking about Liverpool.

“This is a fantastic football club. In this specific moment we can’t blame the team for that. I take the criticism for everything, but this we have nothing to do with.

“Don’t forget we have nothing to do with it. We still have to play football. It is really not OK. Our owners are great people, they will try to explain the decisions. Will I understand it? I don’t know, but it is still not my decision.

“I coach a football team. If people want to criticise me, completely fine. But other things, it is not OK. Everyone should not forget.”

Klopp went onto attack Gary Neville after he criticised Liverpool and the rest of the ‘big six’ for their involvement with the European Super League:

“We are people as well and we knew about this since yesterday like everybody.

“Gary Neville was talking about You’ll Never Walk Alone. This already should be forbidden. It’s our anthem. We have the right to sing our anthem. He doesn’t understand it anyway so I don’t want this because it’s not fair.

“I don’t like this either, but I don’t talk about the other clubs.

“I wish Neville would be in a hot seat somewhere and not where the most money is.

“‘Damn them to hell?’ Did he write that today? These things are really not OK.”