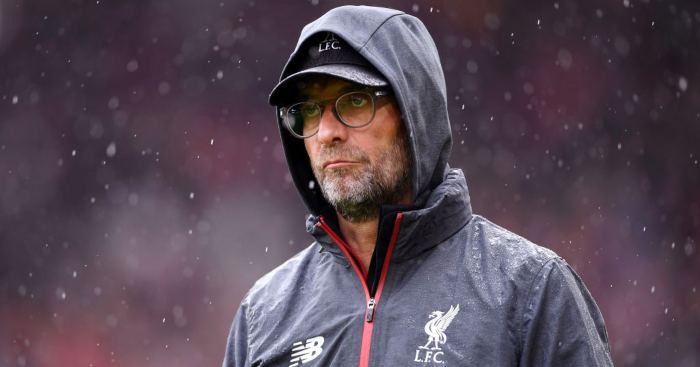 James Milner’s stoppage-time penalty secured a 17th consecutive league win, of which eight have come in 2019/20.

Leicester pushed Liverpool further than any other team in that sequence, with James Maddison’s equaliser ten minutes from time seemingly securing a draw.

Liverpool were the better side and deserving of all three points, but the visitors made an impact on the home manager.

“Everyone will feel it in the season that if you get a point against Leicester it will be a success for 95 per cent of all the teams,” Klopp said.

“So in a difficult week like we had with a very intense game on Wednesday and a really strong opponent, Leicester City obviously doesn’t have to play [in midweek] – not yet, next year they will.

“We start then with 60 exceptional minutes, the first half was exceptional, we put them under pressure, the energy levels of the boys is just incredible, how we do and do and do again.

“The only problem we had was that we only scored one goal, and it was clear there will be a moment in the game where Leicester probably will come up a little bit because our energy level dropped. And for that, each goal you can score before helps massively [but] we had only one.

“They came up, had more possession, when we had the ball we were not clear anymore – we lost easy balls and were passing these square balls. They didn’t even have to press, we just gave them the ball and they had their counter-attacks, which is a big strength of them.”