Home All The News Klopp: Man Utd want to play us? They are on their own 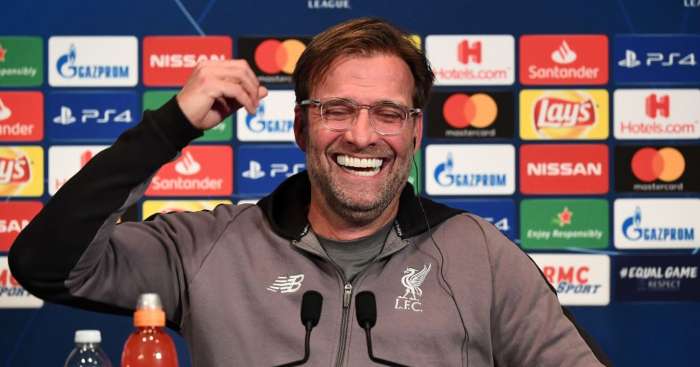 Jurgen Klopp thinks Manchester United must be the only team in the world that wants to play Liverpool at the moment.

Liverpool on the other hand have won all eight of their opening matches of the new Premier League campaign and they will be the Red Devils’ next opponents Sunday.

After the match against Newcastle, Solskjaer described United‘s clash against arch-rivals Liverpool as the “perfect game” for them to try and bounce back.

Reacting to those comments, Klopp told a press conference on Friday: “We like to use atmosphere in our stadium it is incredibly helpful. Old Trafford is not too bad either. They said it – we are the perfect opponent.

“I don’t think there are too many teams who want to play against us at the moment – it looks like Man United are the only one!”

On his poor record at Old Trafford, Klopp added: “I’ve never really struggled with confidence. I am not sure before a game. I am quite optimistic we have a chance. History in this case is not really important.”